The Mouse in the Piano

Posted by: admin in Uncategorized on September 27th 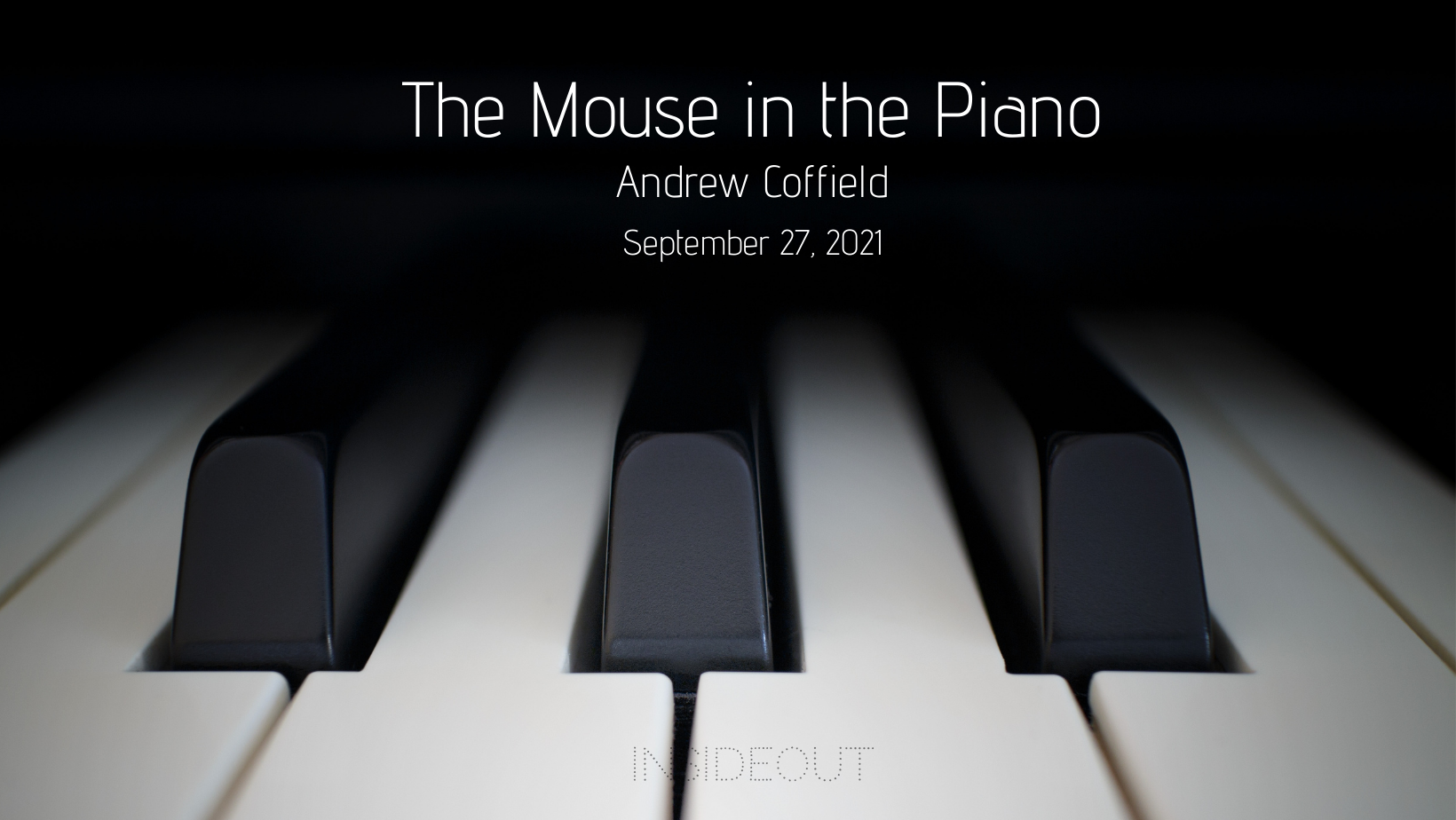 A few months ago, one of the stranger events I’ve experienced during this pandemic happened within my home. On what could’ve been considered an average -at best- day prior to this occurrence, I walked into the kitchen to make a cup of coffee to give myself a boost of vigor. What took place next is something I never would have expected. It is what would truly end up giving me a jolt of energy, no coffee needed. Not to mention, it would provide me an ounce or two of fear.

In the room directly behind my kitchen, notes started to play on an upright piano which prior to this had been collecting dust, as I had failed to play it in quite some time. Peeking my head around the corner, I was curious to see who was playing these notes. Was it my wife? Was it my toddler-aged son? Much to my surprise, as I made my way into the room, the playing stopped. There was no one seated at the piano bench. Immediately I thought to myself how odd this was but resorted to brushing it off like it never happened.

“Perhaps I’m going crazy,” I later thought to myself. That was until the piano started to play again, and suddenly my dog began to bark at the same time. Rushing back into the room to see what was going on, upon my arrival once more the playing stopped. Even so, this time around my dog kept barking at the piano. Running from side to side, my dog was adamant that there was a reason this piano appeared to be playing notes all by itself. At this point, to be completely honest, a little fear set in as I was now alarmed by what was taking place.

Curious to observe what could be happening on the inside of the piano, I then proceeded to lift up the fallboard. What I saw next was far different than what I expected to see. Two mice were staring me down, both standing upon hammers that when pressed upon the strings created sounds heard from a piano. All along I thought something spooky was happening, as my piano was playing all by itself. Little did I know, two mice were having a dance party on the inside, creating the sounds I heard reverberate all throughout my house.

What was unseen caused me to become fearful.

What, if anything, is unseen that has you afraid of? That is, what fears do you have that have been caused by a variable you’re unaware of? Xenophobia is the psychological term used to describe a fear one can have for the unknown. Perhaps you’re fearful of what lies within your future because you cannot see what’s up ahead. Or you’re fearful because you have no clear view of what is bringing about anxiety within you. That sounds complicated, being fearful of what is causing you to have anxiety, all because you cannot see it. The good news is, there is One who can see all.

The God we serve is what we call omniscient, meaning he is all-knowing. The disciples understood this ability when they said in John 16:30, “Now we are sure that You know all things, and have no need that anyone should question You.” Since our God is omniscient, He has the ability to see what we cannot see. Therefore, He can reveal to us what is bringing about our fear. In the end, like the mouse in the piano, He will help us to see what was previously unseen. And when He does that, we will typically observe that the problem at hand was a whole lot smaller than we initially suspected.