Posted by: admin in Uncategorized on May 7th 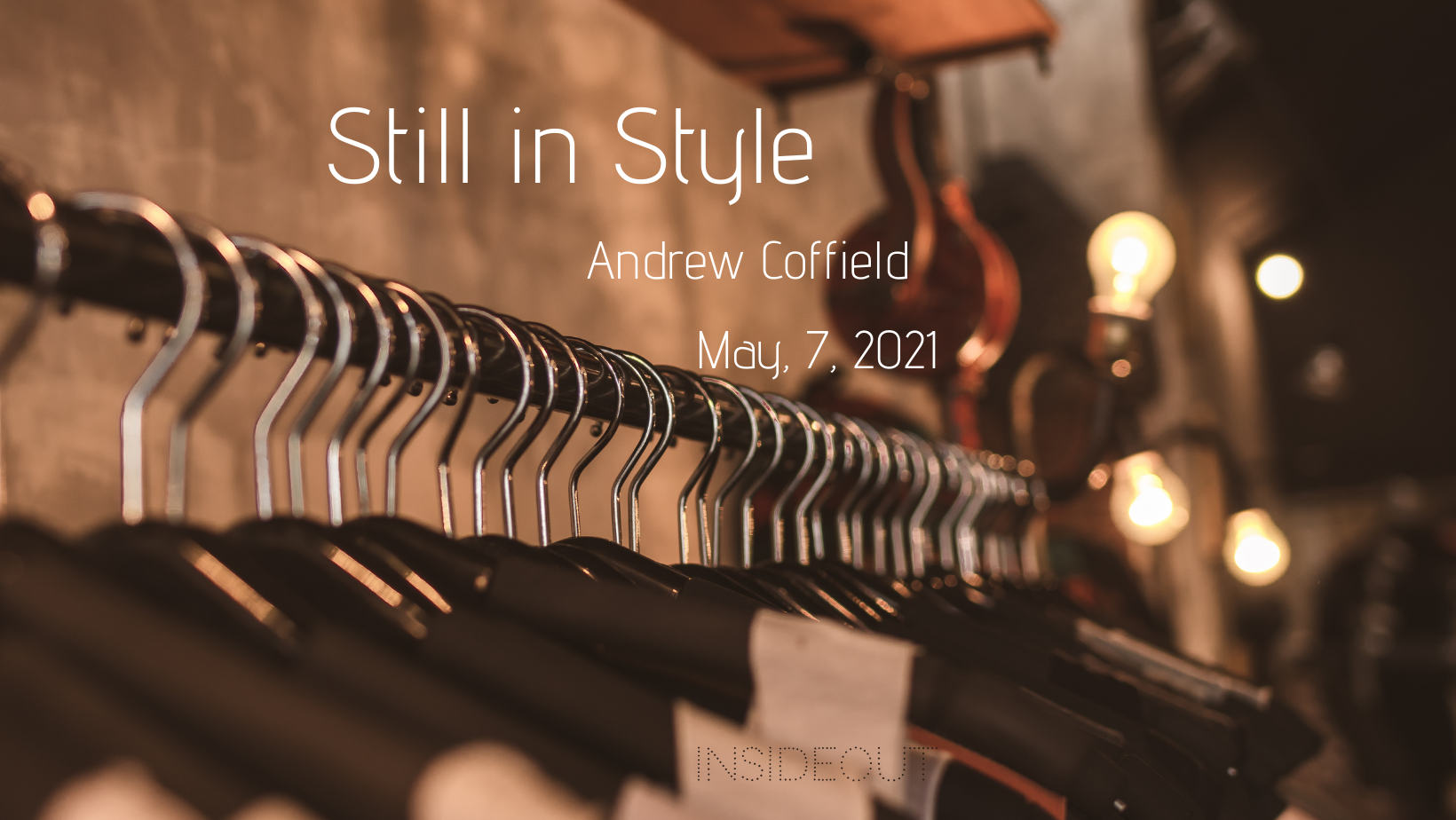 Have you ever lost an article of clothing, only to find it several months later? Whether deep in the confines of your closet, in the laundry, or a friend “borrowed” it for a few days which turned into months. After that time period is over, and you finally recover what was lost, all is great and lovely until you learn that that article of clothing is no longer in style.

I’ve been there and dealt with that frustration. Earlier last summer I was wondering why my wardrobe had shrunk dramatically since the previous year, only to remember that half of what I wore had made a trip to the local thrift store. I’d love to say those clothes were donated because I lost a great amount of weight, but truth be told those clothes exited my closet because they were no longer in style. So for a short period of time, I was that guy that wore the same few shirts every single week, until a much needed trip to an outlet mall took place.

They say fashion trends tend to repeat themselves, but most of us aren’t willing to keep shirts or shoes in our closets for twenty years for that reoccurrence to take place. Certain fashion trends, I would dare say, should never repeat themselves. For example, platform shoes were the craze back in the 1990’s. If you weren’t wearing them for fashion, you were wearing them to gain a few inches in height. Only a few years ago these shoes tried to make a comeback, but fortunately that comeback lasted but a little while, as most realized platform shoes need to stay in the past.

It’s been said before that fashion doesn’t change every season or every year, but fashion changes every day. I’m not one who is really into fashion, as evidenced by my prior statements, but it is quite interesting to look back over the past hundred years to see how fashion has changed, repeated itself, and evolved into what it is today. In the early 1900s, the “Plume Boom” was taking place, which was a period where wearing real feathers in hats reached its peak. According to the Smithsonian, women adorned their hats with feathers, wings, and even full taxidermied birds. Ironically, this caused a huge decline in the bird population and even led to the extinction of some birds altogether.

During the 1940s fashion was largely influenced by World War 2, the 1950s were known for the arrival of purses and designer bags. The 1970s saw the arrival of poof hairstyles and psychedelic colors. Skip a few years forward and the 1980s was all about leather jackets, turtlenecks, and oversized glasses. Jump into the 21stcentury and you’ll find the early 2000s was all about denim outfits and bedazzling everything you owned. Then you can look over the last decade and see how athletic wear became casual wear, and hipster fashion found its prime once more. From wearing feathers in a hat to throwing on a bedazzled shirt, fashion has truly transformed over time.

All that being known, over the years, fashion companies have expressed there is one clothing item that has stood the test of time. That item is none of than a scarf. Scarves have always been in style. Historians record that the ancient Egyptians started wearing scarves some three thousand years ago, and there’s a good chance if you’re reading this right now you own one yourself. Scarves have had staying power. But the question is, why?

You’d think perhaps a more prominent clothing item such as a shirt or dress would’ve remained popular over the years. Here’s the answer: Scarves are a multipurpose clothing item, that can be adapted to each trend in fashion. No matter the decade, century, or millennium, their purpose is so great, that they continue to stay around.

When is the last time someone wore shoes on their hands, and it was accepted by modern culture? Never. Shoes only have one purpose. How about wearing hats as shoes? Doesn’t work too well because hats only have one purpose. Jeans or shirts can’t even be labeled as multipurpose items, as you can try to wear jeans as a shirt or shirts as jeans, but I’m not sure how well that’s going to work out for you when you step out in public. In order for a clothing item to be multipurpose and adaptable to culture, it should be able to transform its appearance without losing what it’s made for.

Therefore, if your scarf starts to lose its attractive ability, you can repurpose it in some way to be used as another clothing item (belt, bow, hair tie, etc). The scarf has never gone out of style because it’s always maintained value regardless of what form it’s taken on. That means, whereas most fashion items end up at Goodwill, Salvation Army, or simply a trash can, scarves get passed down from generation to generation. They are repurposed, re-worn, re-fashioned to fit the style of the day.

If staying in style is maintaining what you’re made of, even if your look changes from time to time, like a scarf, let me say that holiness will always be in style. Dressing modestly and holy is not an old fad or fading trend, it is a style that will stand the test of time. While all other styles are purposed to please mankind, dressing modestly is purposed to please God. When the value of your dress is dictated by the Word of God, man’s opinion about what looks stylish won’t matter to you anymore. Dress in a manner that honors God, by doing so, you’ll continue to stay in style.