Finding the Right Balance (On the Teeter-Totter of Life)

Posted by: admin in Editorials, Uncategorized on April 9th 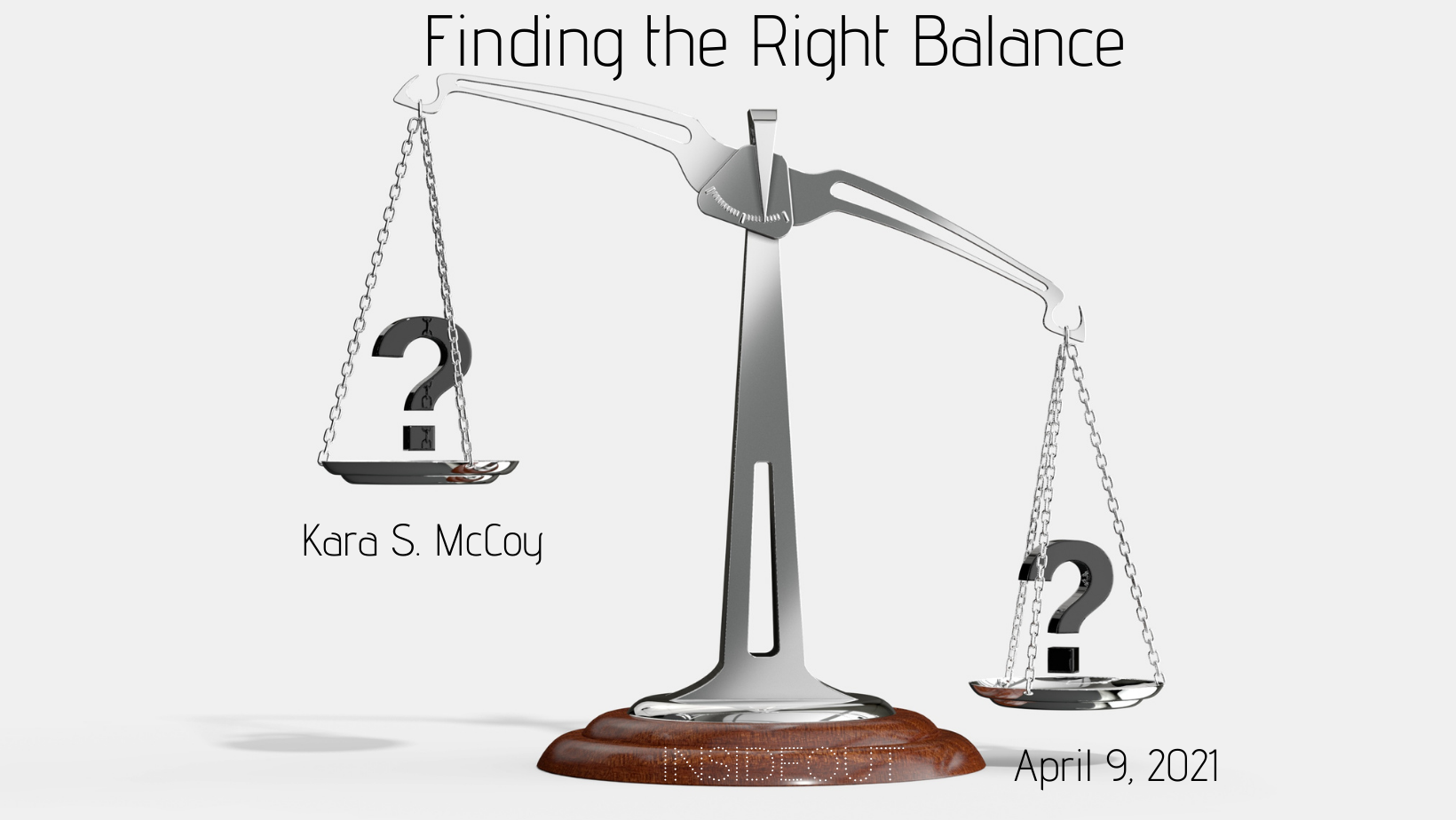 “ He that saith he abideth in him ought himself also so to walk, even as he walked.”1 John 2:6

As a child, we spent an inordinate amount of time hanging out in the back yard. Dad bought a swing set from a resale shop for cheap- and we were THRILLED. Back in the 1980s, we were pretty much locked out of the house all day and not allowed in unless body parts were falling off, or if someone would literally die if they didn’t use the bathroom. Mom believed in the general necessity of “fresh air,” and we were her hapless guinea pigs.

What she didn’t know, is that we did all manner of crazy things in the back yard. We had adjustable swings, they were on little chains that could connect to the swing set bar at every single link- so the swing could be as long… or as short… as you wanted it to. We tried everything. We exhausted our brains trying to entertain ourselves. We finally got tired of trying to leap from moving swings. After a while, it just wasn’t dangerous enough. We put the swing up all the way to the bar so there was barely enough room to wriggle in without cutting off circulation. We tried to tie the dog to the swing. We dragged the swing set over under the trees, stood on the swing, climbed up onto the bar, and hauled ourselves up into the trees with the swing in our hands, then leaped off the tree limbs while sitting on the swing to get some real speed going.

It’s a wonder we didn’t break our silly necks, but all in the name of adventure, this 10 year old girl, and her 5 year old brother were determined to have fun, and there was nobody there to stop us.

The only real danger, we thought, was the teeter totter. If somebody was too big, and the other person was too small, it was no fun for either of you. Seriously. My little brother could never get his side to go down- he was always stuck up in the air, little legs dangling, and begging for me to let him down.

One day, I had a great idea. I decided that it would be fun to use the tree, and see if I could make my brother “bump” on the teeter totter with more force. I climbed up in the tree while he sat there looking up at me with fun in his eyes. When I got high enough in the tree, I aimed for the seat of the teeter totter and jumped. Suddenly I realized that it was possible I might miss the seat, fall and break a leg or something. So I shifted my weight to one side and aimed as directly as I could.

I’ll just tell ya folks, the force of gravity is a real thing.

My brother flew up so fast that I don’t even think he had time to scream. His little body jerked so hard as his seat went shooting up under the abrupt force of my landing—and I instantly knew this was going to end badly. But I couldn’t take it back.

How did this even happen? Well, simply put, we were unattended children. For too many hours.

When Jesus ascended after his resurrection, He promised that He would send His spirit- the Comforter- to be with us. This indwelling Spirit is like having Dad, sitting on the play set with us- observing, giving advice, helping us when we start to go astray. If Dad had been there that day, He would NEVER have allowed the shenanigans that us kids liked to pull. We have the Holy Ghost within us to lead and guide. But first, we must learn to hear His voice and obey.

Are you feeling tempted to climb that tree, tell a lie, cheat on your taxes, say mean stuff on Facebook because you feel anonymous, or have road rage? “Dad” is there. That’s what He’s for, to lead and guide us into all truth. He brings our life into harmony and brings the peace and joy we were trying to provide for ourselves. Look to Him and trust Him with your life.

Trust me, before you make the mistake of launching your brother off into outer space, remember, if you utilize the Spirit, you will be more balanced, and be blessed all the more. 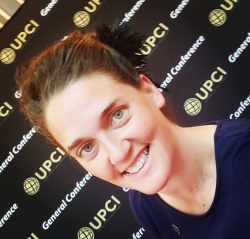