Posted by: admin in Uncategorized on October 28th 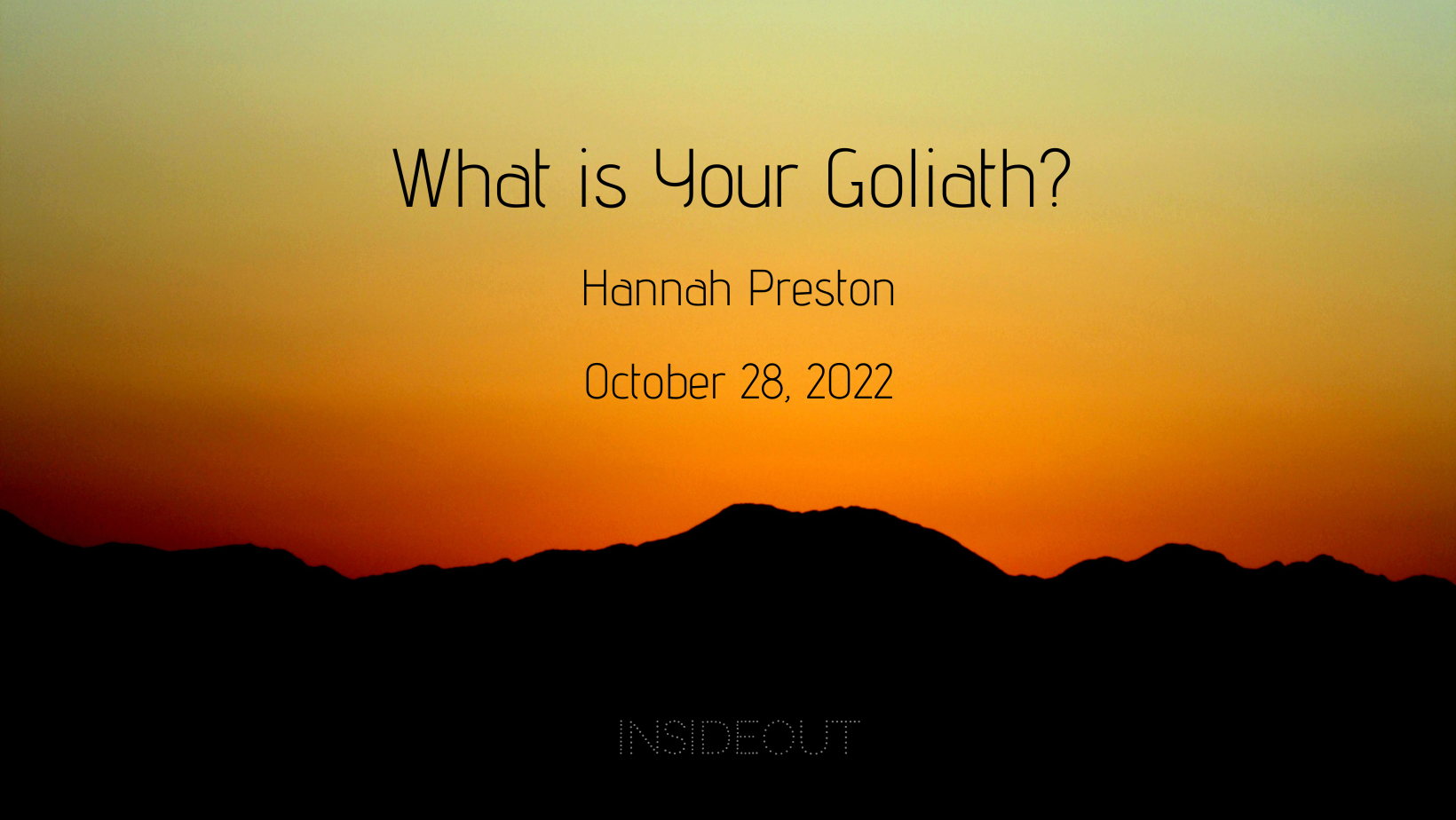 Growing up, the passage of David and Goliath was one of my favorite Bible stories. It was just so fascinating to me that someone so small was able to destroy someone so big and strong. The story of David and Goliath is discussed in 1 Samuel 17. When describing Goliath, 1 Samuel 17:4 states, “A champion named Goliath, who was from Gath, came out of the Philistine camp. His height was six cubits and a span”. That is one tall man. After doing a quick google search on how tall it actually is, I found that Goliath was nine feet and nine inches tall. How crazy is that!

David, on the other hand, was not that tall. He was the youngest of eight sons and, while the Bible does not say exactly how tall he was, I can imagine that it was not nine feet like Goliath. You might be asking, “Why would David go against someone who is probably twice his size and most definitely stronger than him?” Surely, he will not be able to kill Goliath and will have to live the rest of his life knowing that he was not able to succeed in this mission. Or even worse, he could die!

But David said to Saul, ‘Your servant has been keeping his father’s sheep. When a lion or a bear came and carried off a sheep from the flock, I went after it, struck it, and rescued the sheep from its mouth. When it turned on me, I seized it by its hair, struck it, and killed it. Your servant has killed both the lion and the bear; this uncircumcised Philistine will be like one of them because he has defied the armies of the living God. The Lord who rescued me from the paw of the lion and the paw of the bear will rescue me from the hand of this Philistine. 1 Samuel 17:34-37

How crazy is it that David has so much faith in God that he was willing to risk his life to kill this giant? Now that we have discussed the Bible story, I have a question for you. What is your Goliath? Really think about it. What is something in your everyday life that you are afraid of and feel is so much bigger and stronger than you? I could think of so many! It could be something like a disease that you are fighting, or someone at school or work who is countering and fighting you on what you believe in. It could even be something as small as inviting someone to church who you are afraid will say no. There are many different Goliaths we could face.

Just like David had faith that God would protect him from the wrath of Goliath, we need to have faith that God will protect us against our own giants! As David prepared for Battle, Saul gave him armor and a sword to fight with but David chose not to use them. Instead, as described in verse 40, “He took his staff in his hand, chose five smooth stones from the stream, put them in the pouch of his shepherd’s bag and, with his sling in his hand, approached the Philistine.”

Instead of being so afraid, we need to stand up with the mindset that God will protect us and help us see the victory.

What is your Goliath?

Hannah Preston attends Solid Rock Church of Monroe. She is currently in college pursuing her Bachelor’s degree in Healthcare Administration and is working at an Eye doctor’s office as a technician. She has type 1 diabetes and a few years ago had thyroid cancer and had to have her thyroid removed. Some of her passions include writing, playing the piano, singing, and most importantly living for God and building her relationship with Him. She is a worship leader at her church and is very involved with the music and hyphen ministry there. She lives to share the gospel with others and show them God’s love.