The Chucks That Almost Killed Me

Posted by: admin in Uncategorized on March 12th 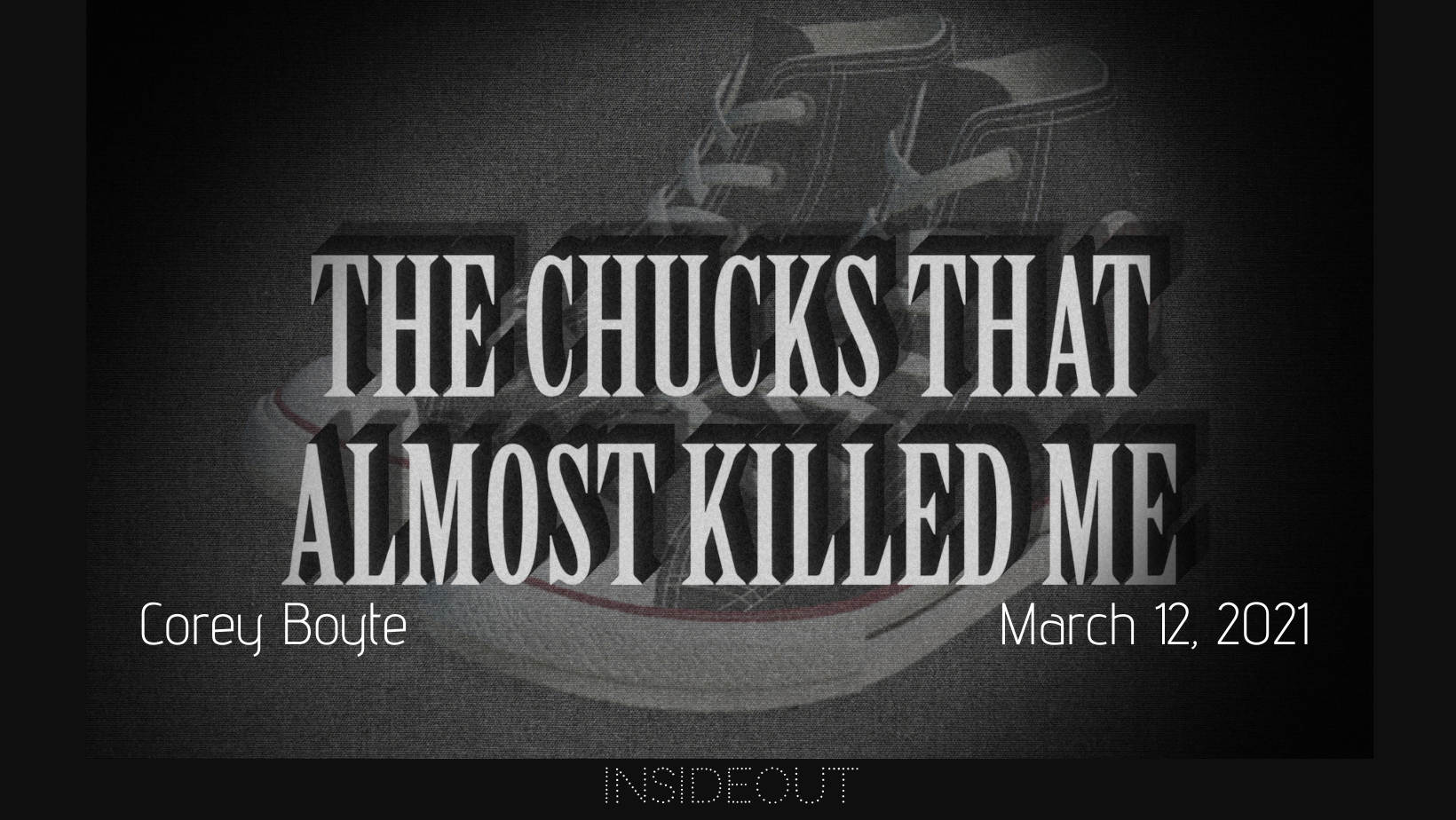 It was a hot summer day in Wisconsin.  Me and ten or so of my friends decided to make a forty-five minute drive to a quarry known as Redgranite Quarry.  The quarry is said to reach depths of 163 feet.  Along the rim of the quarry are rock formations with ten to fifteen foot drop offs into the ice cold water.  There are hidden rocks that would be lethal if hit while diving.  The quarry is literally steps away from the town’s shopping district.  You can go from losing your scoop of ice cream to losing your life in just a few footsteps.

Joan Rinaldi, a first responder with the Redgranite Fire Department, says it like this: “[Swimmers] don’t realize that water gets pretty cold.  Cramp up, down you go and nobody’s going to save you because they ain’t gonna get to you in time.”  Signs posted at the park’s entrances read “Swim at your own risk” — an ominous reminder that there have been eighteen drownings reported at the park since 1979, six of which were trained professional divers.  Hold the phone… One third of the deaths were people who knew what they were doing. I should have known better.

My solution to the problem of walking on rocks all day was to wear my old school PF Flyer hightop chucks. Everything was going swell, until we decided to swim across the quarry.  I got about half way across and my legs would no longer move. All of my lower body strength had been lost because my shoes were full of water.  I started panicking. I started gasping for air. I nearly took down one of my friends who was trying to help me stay afloat.

The problem is I knew what I could have done differently. Looking back, I thought to myself, “You know, just take off your shoes and you’ll be alright.” You see, I loved those shoes. I didn’t want to lose those shoes to the quarry. If I had simply been willing to lose my shoes, I would not have nearly lost my life.  What I didn’t realize is that what I thought was going to keep me safe and protect me actually ended up causing me to sink.  The thing that was supposed to protect me nearly killed me.

Those shoes had walked through some stuff with me. They had carried me through some rough times.  They had been in some powerful altar calls, they had been with me during some life changing camps, gone to some sweet amusement parks, they were worn during many bible studies. If I had just been willing to lose my shoes, I would not have been in danger of losing my life.  You see, if we are not careful, holding on to what we think is protecting us may one day destroy us.

Moses was caught between feelings of being comfortable living as an Egyptian but knowing he was called to be a Hebrew. This is why he killed the Egyptian who was beating his people. He thought he did it in secret. He ran from the palace, from riches, wealth, good food, education, and found himself tending the flock of a pagan priest.

He went from majesty to murderer in mere moments.  He went from watching over Pharaoh’s riches to watching over pagan sheep. He thought he got away with it but yet his sin was found out and he ran.  The bottom line is this: What you do in your private world will determine the amount of authority you have in your public world.

At the burning bush, God said to Moses, “Take off your shoes.” Lose your calling. Lose your past. Lose what defines you, because I have a grander future for you than you could ever imagine. Moses was content to lead hundreds of sheep but he had been called to lead thousands of people. Moses had to lose the things he thought were protecting him.

Watch this: Moses was called before he was told to take off his shoes. I don’t doubt that you have been called. We get so infatuated with our calling that we forget about His calling. We can become selfish, and not want to let go of the calling.

Corey has been involved in youth ministries for 15+ years. He has served in various aspects of church leadership, including Hyphen Director, Executive Pastor, Children’s Pastor, and Student Pastor. He and his wife, Danielle, currently are serving as the Student Pastors of First Apostolic Church under the leadership of Pastor Kris Dillingham. Corey is also a registered nurse. When he is not scoping out the local food or coffee scene, he can be found spending time with his wife and daughter, Pemberley.