I’m Not My Grandfather. Or am I?

Posted by: Daniel Segraves in Uncategorized on January 28th

My grandfather, L. D. Segraves, was the first in what is now a line of four generations of preachers. He enjoyed poking fun at seminary-educated preachers with degrees behind their names. He had a third grade education.

So how did I wind up being a seminary professor?

My father completed the ninth grade. After being a pastor for thirty years, he earned his G.E.D. and enrolled in Bible college at the age of fifty-nine, graduating with his B.A. in Bible and Theology, which included two years of New Testament Greek.

I enrolled in Bible college in the fall after graduating from high school in the spring. During the years after graduating from Bible college, even as I was involved in various aspects of ministry, I enrolled in seminary and earned two master’s degrees in theology. Along the way, I also earned a doctorate in education. Now, at the age of 63, I’m completing a PhD with a concentration in Theology. I tell people I want to finish my PhD before I start drawing Social Security.

Grandpa would probably wonder what happened to the preachers in his family.

I said I’m not my grandfather. But maybe I am. I look a lot like him, as you can see in the pictures accompanying this article. I bear his name. I’m a preacher, declaring the same message he preached.

What’s the difference between us?

During my grandfather’s day—the 1940s and 1950s—the world was a much different place than it is now. He was a powerful preacher and a successful pastor, but his limited education was not unusual for those days and in the places where he lived and preached. He was born in a wide spot in the road and lived his life within the confines of two states, dying slightly more than one hundred miles from his birthplace. Upon his death, he left a library of about five books.

I’m on the leading edge of the baby boomers. I was born in a city that was at that time the eighth largest in the United States. I grew up during turbulent times. The Cold War. Bomb shelters. Vietnam. Richard Nixon resigning the presidency in disgrace. And I had voted for him.

The world was a different place.

My grandparents had one telephone in their home. Black. Rotary dial. Tethered to the wall by a cord. Technology consisted of a light bulb above the church baptistery that somebody turned on when it was time for grandpa’s church to go “on the air” with their live weekly radio program.

If grandpa could see my Droid Eris he would be at a complete loss to explain what it is.

I’ve been deleting books from my library for years to try to keep it down to a manageable and useful size.

But grandpa fulfilled God’s call on his life for his day and time. I’m trying to do the same. I don’t think my pursuit of education is something I decided to do on my own. I think it was part of God’s call to fulfill his purpose for my life. My education helped prepare me to teach in a Bible college for a quarter of a century. Now I’m teaching on the graduate level at Urshan Graduate School of Theology. I’ve written about four times as many books as grandpa had in his library.

What about you? What does God have in mind for you? Not every call requires a graduate or post-graduate education, but some do. If God has been dealing with you about any area of ministry, wouldn’t it be a good idea to be as prepared as you can possibly be? Wouldn’t it be helpful to learn as much as you can in an apostolic environment from men and women who have given themselves to the ministry of teaching and mentoring?

Only God knows what the world will be like tomorrow. But the only graduate school in the apostolic movement exists to prepare you to serve God effectively in that world, whatever it turns out to be.

At UGST, you can earn the Master of Divinity degree, the standard degree for pastoral preparation in many non-Apostolic denominations. Of course the MDiv is not a requirement to be a good and effective pastor, but why should any pastor be better qualified academically and experientially than an Apostolic pastor?

You can also earn the Master of Theological Studies. This degree provides a solid theological foundation that can even point toward doctoral studies for those who believe God has called them to pursue more advanced education.

The Master of Arts in Christian Ministry is a flexible degree that gives students the opportunity to virtually customize their academic program.

For those who are unable to move to the St. Louis area to study full time on campus, many courses are available by distance learning, using the latest and most advanced technology available.

Who knows? If my grandfather were living today, he might be enrolled in UGST. Somehow I don’t think he would be disappointed to discover that his grandson is a seminary professor.

He might even find someone else to be the object of his jokes.

Daniel L. Segraves is the academic dean and assistant professor of Biblical theology at Urshan Graduate School of Theology. 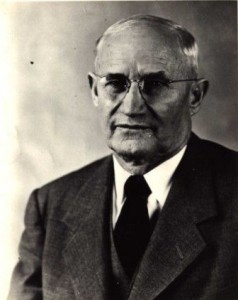 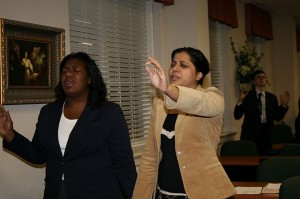 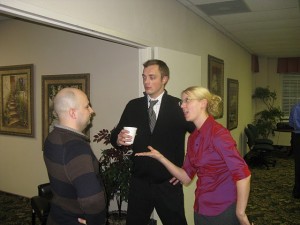 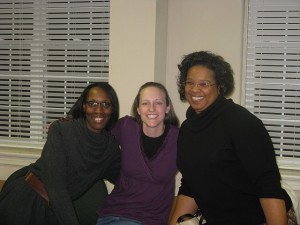 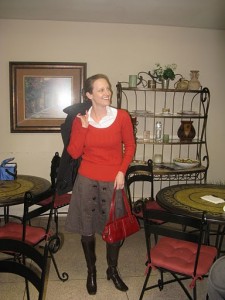 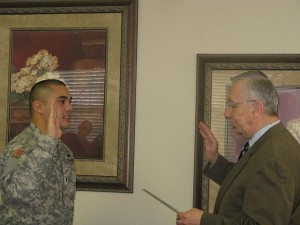