Posted by: admin in Uncategorized on October 27th

“And the sun was darkened, and the veil of the temple was rent in the midst” (Luke 23:45). The greatest words ever written throughout all history. The power, the presence, and the love that dwelt in the temple at one time went beyond the four walls. It went to Africa, Asia, Europe—to the four corners of the earth. The temple that was made of fine material was no longer needed, for a new temple came into being: us!

Ever since the day of Pentecost, people of all tongues were given the opportunity to enter into the Holy of holies in Heaven.
Receiving the Spirit gives believers the power to manifest the power of God. As John was writing his final thoughts, he began to look back on all the miracles he had witnessed. With joy in his heart, he wrote, “And there are also many other things which Jesus did, the which, if they should be written everyone, I suppose that even the world itself could not contain the books that should be written” (John 21:25). That same Jesus is living within us!

The world has increased in knowledge and has obtained all riches, yet so many have never encountered Jesus. They lost out on the
opportunity to become soldiers of Christ, but we as young people have obtained the greatest calling: to become tomorrow’s five-fold army.

Imagine if all the people of the world had a relationship with the God you serve. Imagine if they had a revelation of His oneness. My pastor, Nathaniel Haney, and a group of young people recently went to India on a missions trip. When they returned, they showed videos of India. Words cannot express the power that came down on that Sunday. They went to India praying for revival. Beginning with an empty field, there suddenly came a sound from Heaven as of a rushing mighty wind, and a revival swept through the hearts and minds of those who were hungry. I learned you may be the only ladder people can climb to reach Jesus, or the only bridge people may cross to get to those pearly gates. So no matter what happens, don’t give up on lost souls.

Last year, a Christian club in my school voted me out of their club because I started to preach oneness. I felt miserable, but the burden to see those souls saved was so heavy in my heart that I continued to witness to them. In the end, the Lord blessed me with my own Bible study class. I learned that high school is a mini abridged version of the world. If you fear standing up for Christ in school, how will you stand up for Christ in the real world. Remember that nothing can stop us for we are God’s church.

Not even the emperors could stop the church during Smyrna’s time. For it is written, “The gates of hell shall not prevail against it” (Matthew 16:18). We also read in the book of Daniel about some of the greatest kingdoms and nations. They had a reputation for being strong and mighty, yet their iron legs never crushed the strength of the church.

Because of the elders, the fire never burned out, so it’s our responsibility to keep that fire going. My reason for writing is to encourage you to never give up on lost souls. For every sinner who repents, there is rejoicing in heaven. Our prayer should be that all sinners would plead the blood of Jesus upon the doorstep of their life. 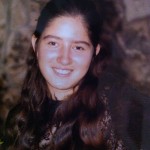 Charm Lopez is fifteen years old and a member of Christian Life Center in Stockton, California. She is one of the leaders in her youth group, called Acts 29, and her hobbies are drawing, and playing the piano and flute.