I Believe in Global Missions

Posted by: LJ Harry in Sheaves for Christ on September 17th

Just three months earlier on April 3, 1988 was the first time I ever attended a United Pentecostal Church. In that service, God delivered me from drug addiction and a life of darkness. I was baptized in Jesus’ name, and two days later I was filled with the baptism of the Holy Ghost. God gave me a brand new life. As a new convert, I began to receive letters from Fred Hyde from The Spirit of Freedom Ministries encouraging me to live for God. I did not realize at that time Sheaves for Christ allocated money to this worthy ministry to those who are chemically dependent.

In 1995, I was elected section twelve youth leader for the Louisiana District and one of my responsibilities was promoting Sheaves for Christ in our section. In this new role, my understanding became clearer of the awesome privilege of raising money for this worthy cause.

In 1999, I began to pastor a church in Franklinton, Louisiana and began to implement in our local assembly the things I had learned throughout the years of fundraising and promoting Sheaves for Christ. As missionaries would visit our church they would tell the stories of the blessing of receiving a Sheaves for Christ vehicle. Little did we know at the time that one day, we too, would be driving one of those vehicles.

In 2009, we were appointed to the nations of India and Bangladesh. In 2011, we arrived in Dhaka, Bangladesh, a city of sixteen million people. After two months, we purchased our first Sheaves for Christ vehicle. That’s when I began to fully appreciate the sacrifices made by the youth of our great organization that made it possible for us to propagate the gospel of the Lord Jesus Christ. We were able to travel and bring the message of hope because someone gave to Sheaves for Christ.

In Dhaka, we brought many people from the street to church in our Sheaves for Christ van. As we sat in traffic, we would roll down our windows and talk with those who crowded around our vehicle. I will never forget the day one young Muslim man, who was a street worker selling maps and books, climbed into my van for the first time. We were on our way to church and invited him to join us. He received the Holy Ghost and was baptized in Jesus’ name!

Another Muslim lady and her teenage daughter were the next ones we brought to church with us in the van. They both received the Holy Ghost and the mother was baptized in Jesus’ name. Many others would meet us and we would transport them to church. Thank you to all who have given to Sheaves for Christ and for all the sacrifices you have made so missionaries can have transportation to spread the good news.

On that hot, humid summer day long ago, I could never have imagined the answer and the journey that awaited me when I asked the question, “What is Sheaves for Christ?” I can say, now I understand the great impact Sheaves for Christ has on the world! 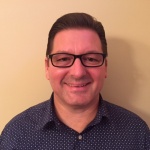 Patrick and Sandy Miller began their ministry in Mandeville, Louisiana, and both served in various positions in their local assembly. He served as a sectional youth leader from 1997 to 1999. They have pastored for nine years in Franklinton, LA, and Patrick has also served in other sectional and district capacities. He served as Louisiana’s district foreign missions director from 2007-09. The Millers have been involved in ministering to many Indians throughout North America, and Patrick has ministered in conferences and churches throughout India. They answered the missionary call and received their appointment as UPCI missionaries to Bangladesh and India in March 2009. They will start their missionary work teaching in the Bible school and evangelizing the churches in Bangladesh in addition to traveling throughout India establishing new works.