Posted by: Michael Ensey in Sheaves for Christ on October 10th

Thanks to you and your sacrifical giving this year, we were able to achieve an increase in our Sheaves for Christ offering for the fifth year in a row. Our offering total of $3,892,876.22 represents a tremendous amount of time, energy, and resources invested by the General Youth Committee and local churches who worked together to make an eternal investment into the kingdom of God.

Thank you for choosing to #Be! Your faithful and significant giving will serve to fund missions and student ministry throughout North America and around the world. The purpose of the GYD is to “Educate and Engage,” and that vision is fueled by SFC. Vehicles will be purchased for global missionaries, property grants will be provided to North American missionaries, children will be cared for at Tupelo Children’s Mansion and Lighthouse Ranch for Boys, district youth ministry will be enhanced, the ministries of the GYD will continue to serve the local church, and much more!

Thank you again for your support of the GYD and SFC!

Find out more about Sheaves for Christ

To view your district’s giving, click on the map below to enlarge. 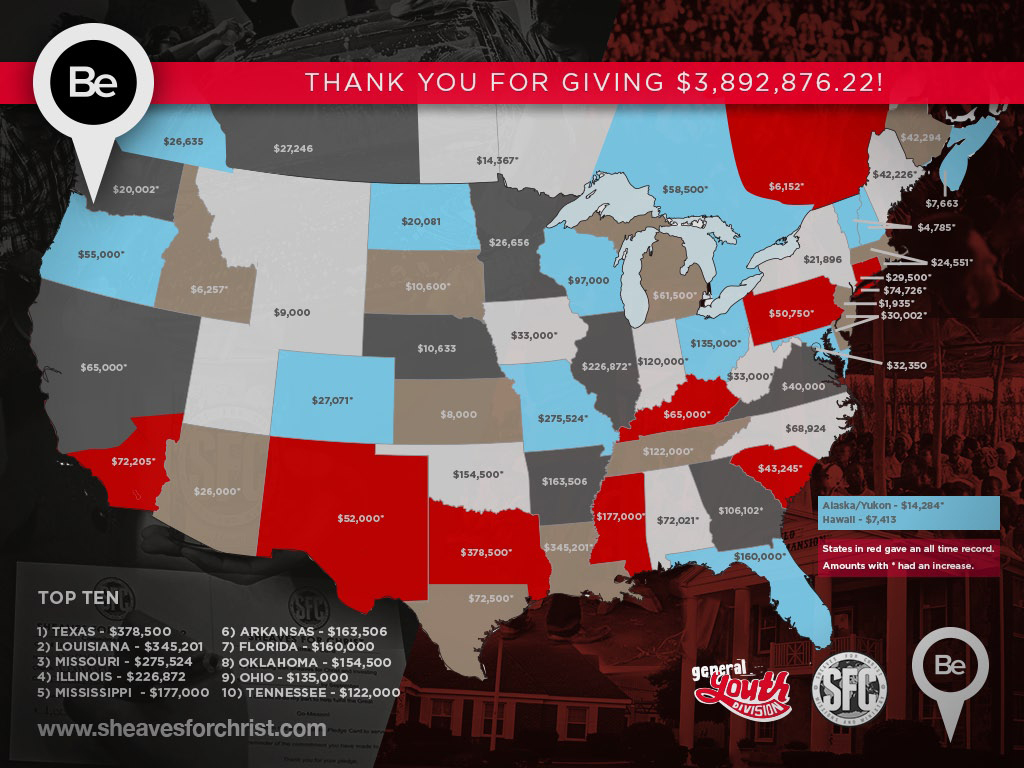 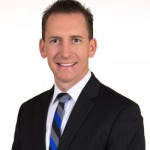 Michael Ensey joined the General Youth Division team in January of 2010 and was elected General Youth President in 2013. He is from the great state of Texas where he served as youth pastor and assistant pastor at Living Way Church in Conroe, TX, and as Texas District Youth President for seven years. He is married to the gorgeous and talented Rebecca Ensey (she’s from the very cool city of Seattle, WA), and is the proud father of two awesome boys, Lincoln Michael and Grant Mason, and one beautiful princess, Avery McKay. Michael is passionate about student ministry and considers it an amazing privilege to serve the teenagers and young adults of the UPCI. He believes this generation of Apostolic Pentecostal youth are committed to loving Jesus Christ and living the truth of the Word of God, as well as being anointed and positioned to dynamically fulfill their mission to reach their world with the gospel. He spends his free time enjoying his family, reading, playing golf, interacting on Twitter, and running marathons. His personal motto: “Running is optional. The race is not.”