The Little Red Devil Behind the Pearly White Gates

Posted by: Editors Choice in Editorials, Inspirational on November 3rd

It’s strange to see him out here. The all-star apostle Peter stands in a cold courtyard by a warm fire when a girl asks him, “You’re one of His, aren’t you?” She points inside to a man whose hands are tightly wrapped in rope and whose face is bloodied and bruised where the Romans had waylaid Him with their fists.

Peter realizes if he says yes, he may end up right next to Jesus, but he can’t deny Him. Simon doesn’t have to swing a sword to wield incredible power because God gave us incredible power in our words. His words would either confirm he is His or he is not. You can cut the suspense in the air with a butter knife. He shakes his head and says, “I don’t know what you’re talking about.”

Another girl points him out, “Hey, everyone, this guy is one of the guys with that guy: Jesus of Nazareth.” Simon sees everyone looking at him. Maybe a couple start toward him, and Simon again says, “No I’m not.”

Then another group walks over to him and says, “You are one of His. We saw your bumper sticker: Galilee—come see our sea. This time, Simon wants to silence them before someone arrests him. He’s tired of arguing with them, so to make his point memorable, he swears, “I swear to you, as the LORD lives, I’ve never met that man.” Simon Peter was so afraid, he reached for the most powerful weapon in his arsenal and swore by the name of God that he had never known Jesus.

But he knew better, and they knew better. But he still stood in the courtyard, within earshot of Jesus and swore he had never met Jesus. It was a direct violation of the third commandment in the Old Testament. “Thou shalt not take the name of the LORD thy God in vain.” Only three commandments into the list of ten, we come to one that deals with what we say because God is very interested in what we say. Our words have the power to give life and they have the power to take life.

Proverbs 18:21 reads, “The tongue can bring death or life; those who love to talk will reap its consequences.” Even if you don’t realize it, a little red devil lives behind our pearly white gates. (I wish I came up with that title). It’s called our tongue. Even if you’re a born again, Spirit-filled, Jesus’ name baptized, Heaven-bound believer, you will battle what you say from now until Jesus comes.

If you’re perfect in what you say when you say it every time you say it, you’re free to stop reading and head to Chick-fil-A and wait for the rest of us. But if you’re like the rest of us, you could use a little help controlling the little, red devil behind the pearly, white gates. With our words, we glorify God. We testify to the world. We edify one another. We can direct someone to the cross or away from it with just our words.

Gossip
Everyone won’t always treat you right, but there is no room in a Christian’s life for gossip. If you don’t have anything nice to say, type, or text, please don’t say, type, or text anything at all. There’s not a fire extinguisher in this world big enough to put out some fires that have been started with just words.

If you’re hurt by what someone did or said to you or about you, take your hurt to Jesus. Tell him all about it. Don’t hurt someone else and your own testimony by telling the world. And don’t fan the flames of someone else’s wildfire by liking or favoriting or retweeting their post. But if you do have something nice to say, type, or text, tell the world. Social media doesn’t need any more drama; it needs a lot more of Jesus and more of us sharing more of His love.

Profanity
This world could use more kind words and less profane words. I know we’re surrounded by colleagues and classmates who use colorful, four-letter words like they’re on clearance, but you’re a Christian. That doesn’t mean we’re better than they are; it just means we’ve been born again and God wants us to stand up and stand out.

There are colorful, four-letter words we stay away from because they’re not Christian, and honestly, they’re not even classy. But what about bywords, the generic cusswords? They’re not the real thing. They’re like shopping at Aldi for cusswords. They taste nearly as good, but you don’t pay full price. You can say them without getting kicked out of class or written up at work. But our words need to glorify God and edify others. Let’s get as close to Jesus as we can and ask Him to set our words aflame from Heaven.

God’s name
God’s people should never say His name in vain. Some of your classmates will only say “Jesus” when they see their Algebra 2 grade, but it can’t be so for Christians. If anyone ought to lift up Jesus’ name while the world is trying to tear it down, it ought to be us. We shouldn’t come into church to praise the name of our God and go out the doors and carelessly say “Oh my God” or even type “OMG.”

If our tongue can be set on fire from Hell, it can also be set on fire from Heaven. Remember Simon Peter? He’s the red-faced, foul-mouthed, foul-smelling fisherman turned disciple cussing in the courtyard. Fast forward only fifty-three days, and he’s got a crowd around him again. Only this time, he’s not denying he ever met Jesus. He’s defending Jesus, even at the cost of his own life.

And he preached, “Repent, and be baptized in the name of Jesus Christ for the remission of sins and you shall receive the gift of the Holy Ghost.”

What happened? What changed from the night he was cussing in the courtyard until the day he was preaching in the streets? He was filled with the Holy Spirit. Thanks to God’s Spirit, our tongue can be set on fire from Heaven. Maybe that’s one reason God chose speaking in tongues as the initial evidence we’ve been filled with His Spirit. Our words which used to tear down and curse have been set on fire to build up and bless.

Don’t just speak in tongues in church; ask God to tame your tongue in the world. 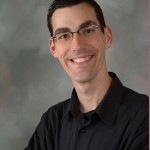