Posted by: admin in AIM and Missions, AYC on March 26th 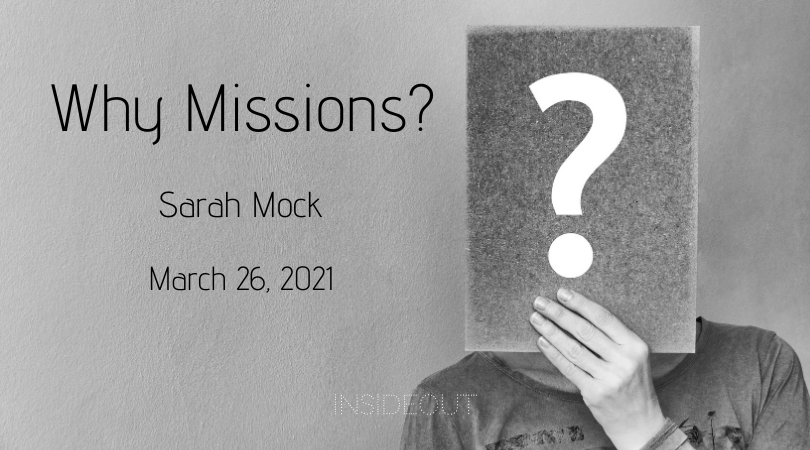 Why Missions? This is something I have been asked often, in America and abroad. The questions usually follow the lines of the following: “Why would anyone leave their home country and travel thousands of miles to tell people about Jesus?”

I think that is a very reasonable question. Something that we can also ask is, what compels people like the apostles to go tell others for Jesus? What entices others to give to missions? What encourages others to pray for missionaries?

I wasn’t raised Apostolic, I was actually converted my last year in High School. The Holy Ghost changed my life and I felt led to tell others about what God had done for me. I told the Lord I would go anywhere and do anything for His Kingdom as long as He provided a way and protected me. This month, March 2021, will be eleven years since I was baptized and filled with the Holy Ghost. He has been faithful ever since. I think that fear always seems to try and play a part in our stories. The enemy wants others to be discouraged and wrapped in so much fear that they cannot move into the mission God has called them to; whether it be in our home countries or abroad.  However, faith, having a prayer life and trust in the Lord are keys to fulfilling any calling; no matter where we go.

​It says in Luke 19:10 that Jesus came to seek and to save what was lost. I believe as Spirit-filled people, our spirit which is a part of Christ’s, yearns to do the same. We are called to seek and to save what was lost. I remember the Lord called me to the German Speaking Nations in 2013 and it was a leap of faith. I was about to graduate from University and I asked the Lord what He wanted me to do. He told me to study German during my last semester of college. I didn’t know why,  but I obeyed and that opened up doors for me to become a Missionary to the German Speaking Nations a year later. The Lord just needs His children to take one step of faith at a time and He will do the rest. God didn’t just call me but, He might have called you to Missions as well.

Maybe the headline of this article caught your attention and you also want to know why people ‘’choose’’ missions. The church expands only through missions. We can see as we read through Acts, that the Apostles were ideal missionaries.  You too are a missionary. I am certain that if you are taking the time to read through this article you too have the longing and burden to reach others with the Apostolic message! It doesn’t matter what fear tells you, When God says go, you take the next steps! He will guide you.

​“And He said to them, “Go into all the world and preach the gospel to every creature.” Mark 16:15

“Then the master said to the servant, ‘Go out into the highways and hedges, and compel them to come in, that my house may be filled.” Luke 14:23

“Go therefore and make disciples of all the nations, baptizing them in the name of the Father and of the Son and of the Holy Spirit, teaching them to observe all things that I have commanded you; and lo, I am with you always, even to the end of the age.” Amen. Matthew 28:19-20

“And He said to them, “It is not for you to know times or seasons which the Father has put in His own authority. But you shall receive power when the Holy Spirit has come upon you; and you shall be witnesses to Me in Jerusalem, and in all Judea and Samaria, and to the end of the earth.”Acts 1:7-8

“And He said to them, “Go into all the world and preach the gospel to every creature. He who believes and is baptized will be saved; but he who does not believe will be condemned.” Mark 16:15-16 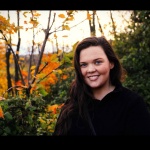 Sarah Mock was baptized and filled with the HG at 17 years old. She has been involved in campus ministry in North America as well as in the Europe and Middle East Region for almost 11 years. She enjoys traveling and teaching others how to evangelize their colleges and universities for Christ. Her biggest joy is helping equip and inspire others to win souls for Christ!