Posted by: admin in Sheaves for Christ on November 2nd

High school junior Dalton Dismore raised $6,454.88 for Sheaves For Christ in 2012. It was the second largest SFC offering from a student in North America that year and earned him recognition as The Real McCoy for the Texas District.

“The Real McCoy” is the title given to the top student SFC fundraiser (minimum contribution of $1,000) for their respective districts during a given year. As a reward, the General Youth Division invites all Real McCoys to St. Louis, Missouri for a weekend celebration. Dismore said The Real McCoy Weekend 2012 was amazing. More importantly, interacting with other Real McCoys inspired him to dream bigger in 2013.

“Meeting people, hearing their stories—I wanted to do it again,” Dismore said.

So he and several other 2012 Real McCoys went back to work. One year later, their results are in. This year’s class of Real McCoys set a new standard for SFC giving. The forty students who gathered November 2-4 in St. Louis for The Real McCoy Weekend 2013 raised a total of $114,000—an average of $2,846.57 per person.

Those numbers are especially impressive when compared to 2007, when the inaugural class of Real McCoy’s contributed $8,530.83 to SFC. This year, three individual students (including Dismore) topped that amount. In the past seven years, ninety-seven students have achieved Real McCoy status, collectively raising $201,821.29 for SFC.

UPCI Youth President Michael Ensey notes that the Real McCoys represent a very diverse group from all over North America. While they come from various backgrounds, they all share several common traits. “They have a passion for meaningful involvement in the kingdom of God, they are creative and bold, and they are not afraid of hard work,” Ensey said.

Borrowing an Idea
Dismore’s SFC fundraising efforts in 2013 show what sets Real McCoys apart from their peers. When he returned home to DeSoto, Texas at the conclusion of last year’s Real McCoy Weekend, he immediately began saving his spare change. By January 2013, his fundraising efforts were in full swing. He partnered with ladies from his home congregation, Dallas First Church, to host a bake sale. He helped friends move in exchange for SFC donations. He raised $2,863 by completing the C31 Challenge. He also donated part of his pay from his summer job at a clothing store.

But his most effective fundraising idea was one he borrowed from fellow 2012 Real McCoy Tia Reynolds (Mississippi). Dismore put his own twist on Reynolds’ plan and renamed it “Project 150.” The goal of Project 150 was to collect a donation of every dollar amount between $1 and $150. If completed, Project 150 would raise $11,325 for SFC.

Project 150 didn’t work exactly as Dismore planned, mostly because, “I started it too late this year, so I couldn’t get enough people on board with it,” he explained. But the results were nonetheless impressive. Dismore raised $5,176 from Project 150 alone, giving him a total 2013 SFC offering of $9,119.54. “Project 150 is going to be my main focus next year,” Dismore promised. 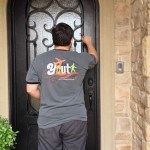 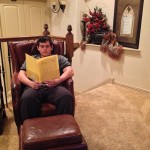 The Illustrator
When Dismore arrived at The Real McCoy Weekend 2013, he was joined by fellow 2012 Real McCoy Shaleh Ake. Ake is a nineteen year old college student and freelance artist who attends First Pentecostal Church in Wichita, Kansas. She raised $1,000 for SFC in 2012. Like Dismore, Ake felt she could improve on that effort.

She began her 2013 fundraising campaign with eBay auctions and garage sales. At one point, she said she “walked around with a box of suckers and blatantly advertised them to every passerby.” Then God opened a door for Ake to combine her love of art with her passion for God’s kingdom.

“A friend of mine knew somebody down in Texas who needed a book illustrator,” Ake explained. “My friend got the author to contact me, and she asked me to illustrate a book God had laid on her heart.” The author was Dianne Ellis, and she had written a book titled “Unveiling the Mysteries of the Tabernacle.” Ellis had a list of artwork she needed for her book.

“I worked hours on end, drawing, scanning, redrawing, rescanning, giving up, trying again, and finally Photoshopping,” Ake said. “I was almost convinced I couldn’t do it, but God gave me strength, and I persevered.” The result was a beautifully illustrated book—a nice enhancement for Ake’s résumé—and a $1,436 SFC offering. 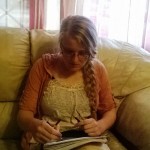 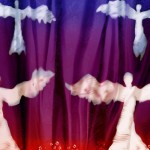 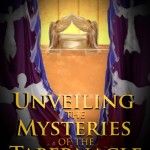 Can’t Wait to Participate
Unlike Dismore and Ake, McKenzie Gally did not reach Real McCoy status in 2012. That was mostly because, at eleven years old, the Hopkinsville, Kentucky middle-schooler was too young to qualify. “She wanted to participate last year,” said McKenzie’s father, Anthony. “She just couldn’t wait till she turned twelve.”

But McKenzie didn’t wait to start working. By October 2012, she and the youth group at her home church, Life Tabernacle, had already kicked off their 2013 SFC campaign. The students hosted yard sales, bake sales, and a walk-a-thon. They sold ties, cufflinks, and pocket squares on Father’s Day, and operated a photo booth at Kentucky Youth Camp. Gally also opened a coffee shop after church services, served as “maid for a day,” and completed the C31 Challenge.

“I tried to do as much as I possibly could,” Gally said, explaining her fundraising strategy. Cumulatively, the Life Tabernacle youth group raised $7,500 for SFC. Gally contributed $2,407.71 of that amount, reserving a spot for herself at The Real McCoy Weekend.

“I’m looking forward to meeting new people,” Gally said a few weeks prior to the trip, sounding very un-intimidated being the second youngest Real McCoy in the nation. “We can compare and learn new things from each other.” Gally said she hoped to bring what she learned in St. Louis home to Hopkinsville. “We’re going to try to help (other students) be Real McCoys, too,” she said. 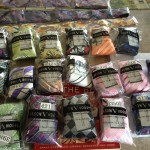 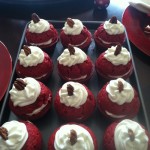 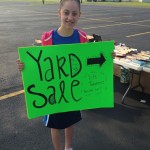 Be an Inspiration
Inspiring others is at the heart of what it means to be a Real McCoy. Texas Youth President Brian McCoy credits Dismore for helping boost SFC giving in his local congregation and in Section Seven of the Texas District, which includes Dallas First Church. McCoy said Dismore first became excited about SFC fundraising while attending the Texas District’s 2012 Holiday Youth Convention where Alyssa Dupree—a five-time Real McCoy from Arkansas—shared her testimony. Dismore was so inspired by her story that he started building his own Real McCoy resume.

“Several in his church, along with some others from other churches, have caught the vision and have done their best to challenge his fundraising.” Brian McCoy added, “Dalton has been a great influencing factor in our SFC Offering increases over the last two years.”

This year, Dallas First Church’s SFC offering jumped to $14,016.62. Collectively, the churches of Section Seven gave $53,186.62 to SFC in 2013, shattering a long-standing sectional record. “I believe Dalton’s passion for SFC fundraising has been very instrumental in the great momentum we have in Texas right now for Sheaves For Christ!” McCoy said.

You Can’t Out Give God
Shaleh Ake believes many students from her generation feel a sense of entitlement, so she sees giving to SFC as a way to counter that mentality. “We stand with open palms and rolling eyes, waiting for our next blessing,” she said. “But when you learn to give, God will give even more back to you.”

Ake discovered this firsthand. After spending the summer of 2012 raising money for SFC, she entered college. Her family planned to help her pay for tuition. “Halfway through the semester, two of my teachers got together and decided to give me a scholarship,” Ake said. “They explained they never did anything like this, and the scholarship they gave me was normally only given to high school students. In the end, I was granted six times the amount of money I originally gave to Sheaves for Christ. It completely covers my school debt.”

How to Become The Real McCoy
Students like these Real McCoys don’t have to be convinced. They’re already planning ways to make their 2014 SFC offering their biggest yet. Dismore offered this advice to students who want to join him as a Real McCoy: take it one step at a time.

“The first step,” he says, “is to complete the C31 Challenge (getting $31 from 31 people). It’ll get you the first $1,000 really fast. Being a creative thinker helps, but students shouldn’t be afraid to try old simple fundraisers that have worked in the past. And don’t get discouraged. Whatever you raise will be put to good use.”

Dismore concluded with a challenge: “Maybe I’ll see you in St. Louis next year.”