Posted by: Taylor Locke in Bible Quizzing on October 4th

The book has been shut on the 2013 Bible quiz season. Another phenomenal year has passed, with thousands of students learning hundreds of precious Bible verses. The 2013 course of study was titled “Pselected Psalms” and provided a plethora of Word to draw comfort, encouragement, joy, praise, strength, and whatever else you might need. No matter your situation, the Book of Psalms can give you direction, and the 2013 Bible quizzers are fully prepared.
The 2013 season officially ended in August at the North American Bible Quiz Tournament—more affectionately known as NABQT, in Louisville, Kentucky. 101, fifty-five experienced and 46 intermediate, descended on the Galt House in anticipation of the year’s cultivating event. This was the first time more than one-hundred teams would be participating at NABQT in many years. The excitement in the air was unmistakable!

A new and exciting aspect of the NABQT was the Senior Bible quiz promotional booth. This was the first time a Bible quiz booth had been setup on such a large scale, and it was deemed a raving success. Not only were promotional items sold at the booth, but a brand new booklet detailing the Bible quizzing ministry was available for anybody to pick up. The booth was also operated at North American Youth Congress where hundreds more people were given information on Bible quizzing.

The preaching and teaching of two outstanding ministers blessed the Bible quiz family during their daily devotions. On Sunday, our General Youth President Shay Mann challenged the audience during his last Bible quiz devotion of his General Youth Division tenure. On Monday, the experienced division split-session quizmaster Sammy Godair spoke to the hearts of all who heard his message. During the annual “Prayer and Share” service on Tuesday night, last-year quizzers shared their Bible quiz experiences with poignant and humorous remarks. Although all of their quizzing careers greatly varied, they all finished their Senior Bible quizzing career having gained an invaluable asset—a closer walk with God.

All good things must come to an end, and although no one wanted to say goodbye, the tournament had to come to a close. In the championship round of the experienced division, Oregon 1 won over Western 2 to maintain their undefeated status and stake their claim as the Experienced division national champion. In the championship round of the intermediate division, Texas 1 outquizzed Texas 3 to stay undefeated and clench the title of intermediate division national champion. For more detailed tournament results, you can visit www.upcquiz.com. Regardless of the results, all participants exhibited incredible quizzing.

2013 was a wonderful year of growth, and the Bible quizzing community anticipates an even greater increase in 2014. If you are interested in starting a Bible quiz team at your local church, please visit www.seniorbiblequizzing.com. You will find the steps you should take when starting this important ministry. In my opinion, no other ministry is as important as embedding the Word of God into the hearts of young people. Don’t delay—get started today! 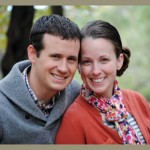 Taylor Locke is a member of Apostolic Praise in Fort Myers, Florida, pastored by Les Bruce. She and her husband, Phillip, serve on the district youth committee and are the senior Bible quiz district coordinators. In addition to church and district activities, Taylor enjoys baking, crafting, and thrifting.