Posted by: Chad Flowers in Relationships on August 15th

“That which has been is what will be, that which is done is what will be done, and there is nothing new under the sun” (Ecclesiastes 1:9). Basically, everything’s different, but nothing’s changed. Consider the evolution of the camera. In 1841, Alexander Wolcott built the first patented camera, which could take photos and produce images on a piece of paper. It was simply a box that used light to reflect images and the development of images on paper. The idea was to be able to capture an image of a moment in time and be able to share it with others. In 1839, Robert Cornelius built his own version of a camera and captured an image of himself standing in front of the camera—the original “selfie.” 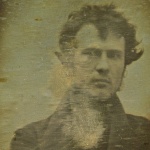 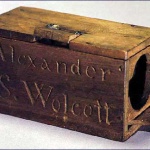 Cameras and photographic process continued in rapid succession after the first camera was invented. The dry plate process in 1855 made it possible for photographers to take candid photos quickly. In 1885, Kodak developed paper film. Celluloid film followed in 1889. By the turn of the century in 1900, the Kodak Brownie camera had been invented, making it possible for the average person to own a camera and take candid photos of friends and family, especially since the idea was to be able to capture an image of a moment in time and be able to share it with others.

Today, we have smartphones with built-in digital cameras that can take virtually unlimited amounts of pictures with multiple social media venues where we can rapidly post our pictures and share with thousands within seconds of taking the picture. All of this is because the original idea was to be able to capture an image of a moment in time and be able to share it with others. King Solomon nailed it when he wrote “There is nothing new under the sun.” Everything’s different, nothing’s changed!

Everything’s different now. Technology has progressed. Medical science has made tremendous advancement in the treatment of many diseases. Cultures have developed. Inventions have made life more convenient, yet more complex. Yet, nothing’s changed. There is still stress, still sickness and disease, still family dysfunction, and we are still paying taxes! Everything’s different, nothing’s changed!

Since the creation of man, life has been all about relationships, and since Calvary, our mission has been to “Go ye therefore and teach all nations, baptizing them in the name of the Father, and of the Son, and of the Holy Ghost” (Matthew 28:19). Life has progressed much in the last two millennia, but the calling of God has remained consistent. We are to be soul winners! If I could direct my words to a specific audience today, it would be those entering their senior year of high school. If school hasn’t started back for you yet, it will be by the end of this month. And in just nine months, you will walk across a stage, receive your high school diploma, and be out the door into your next phase of life—in just nine months!

I ask you to consider the following: who has God placed you beside in your classroom seating arrangements; who are you eating lunch next to Monday through Friday; who are you sitting next to on the school bus each day to and from school; if you work a job, who are you sharing a shift with? I ask these questions because it’s so easy to just go through the routines, focus on our own lives, and live day-to-day until nine months from now and it’s over. But I challenge you to consider that God may have placed you where you are and who you are with because He wants you to be a light!

If you haven’t considered starting a P7 club in your school, I invite you to check out www.p7clubs.com. It’s one of the greatest tools that has ever been made accessible for Apostolic students in the public school system! When a student becomes focused on soul-winning, other pressures decrease. Study habits will increase, common pitfalls to addictions no longer bother a soul-winner. All because that student has gained the ability to see beyond himself or herself. And this is the perfect season of life to begin developing such a habit.

So senior, I congratulate you on the academic accomplishments you are making, but you have just nine months left to win a soul! Everything’s different from when I was in high school: smartphones, tablets, social media, school curriculum, accessibility of the Internet; but nothing’s changed: peer pressure, final exams, and the calling of God to reach beyond yourself and share His light with others. As we begin this next school year, remember, everything’s different, but nothing’s changed!