Apostolic Music Review: Give Me Grace

Posted by: admin in Music Reviews on March 1st

Original Apostolic music is on the rise, and it’s only getting better! This southern gospel album is full of tight vocal harmonies and a blend of songs that will remind you of God’s mercy and will strengthen your faith. The title track, “Give Me Grace”, is an upbeat prayer, setting the theme for the entire album.

Next is a beautifully orchestrated song declaring “Through Me the Cross Lives On” in a world filled with wrong. “The Pieces of my Broken Heart” is a song for those hurting and in need of restoration. “What He Does, He Does Good” is an upbeat song encouraging us that God is working things out when we are going through a trial.

“Only One Worthy” has a more contemporary feel than the rest of the album and offers vertical worship. “Stepping Out On A Limb” is a clever song about Zacchaeus doing whatever it took to see Jesus, and then applying his story to our lives. Listen for the sweet piano riff in verse two and the interesting key change from chorus to chorus. “Where You Are” is a song of hope, and reminds us that we are never too far from God.

“Another Wave of Mercy” speaks to the redemption we have in Christ. “Welcome Home” is a slow, yet exciting song about keeping the faith, running the course, and making it to Heaven. The final song, “Better than This,” ends the album on a high note and reemphasizes the last song’s message–we are headed to a great place.

Jeremy is incredibly gifted as a singer/songwriter, and I was blessed by this album. I believe you will be, too

To purchase album and others from Jeremy Hart, visit www.jeremyhartmusic.com. 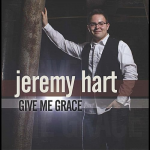 Jeremy Hart has been singing since a very young age. He started out singing in church and to this day, Southern Gospel music is his all time favorite. While growing up listening to artists such as Gold City, The Kingsmen, The Cathedrals, The Hinsons, McGruders and many others, Jeremy was influenced, inspired, and hooked on the music. He wrote his first song when he was around the age of 7 and has continued to write and share the gospel through song ever since that day. In June of 2006, Jeremy released his debut studio recording, What I Have. In 2008 he released his second recording, Set Free, produced by, Singing News Fan Award Musician of the Year nominee, Matthew Holt. Set Free contains ten original songs written by Jeremy Hart. In September of 2009, Hart’s third album, Every Generation, was released which featured a mixture of classic hymns and modern worship favorites. Jeremy’s latest release is an all original album entitled “Give Me Grace.” Jeremy regularly travels and ministers, with both singing and preaching, in concerts, conferences, revivals and church services. 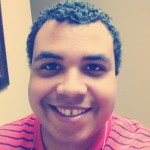 Jeremy and Janessa have been serving at Calvary for the past 4 years. Jeremy loves being involved in music events around the country and has played on, written for, and co-produced several live and studio recordings. He has a passion for excellence in music and a genuine love for teaching others the joy of having music.