Posted by: Editors Choice in Project 7 on February 7th

To me, the 2013 youth congress will go down as one of, if not the, best youth congresses of all time. The preaching was anointed, the music was exceptional, and the classes were on point and relevant. I have no doubt that 2015 will be just as good since we have three of our very own helping to lead the charge.

There was another feature of youth congress two years ago that changed the culture of UTurn Student Ministries here in Groveport, Ohio. That was the launch of P7 Bible studies. Haley Robinson is one of our young ladies entering her senior year of high school. She decided to commit to starting a Bible study in her school. Haley was a senior at Canal Winchester High School and approached me after youth congress to ask if I would help. Of course I accepted, and we began to do what we needed to do to make it a reality.

Haley met with the school board, and the club was approved almost immediately. I was listed as an advisor so I could come in during the Bible study to help out. We decided to launch the Bible study during the second month of school because the kids were still getting adjusted, and it was before any other commitments could take precedence.

That first Bible study was very exciting. I brought pizza and pop and came expecting six to eight people. I was blown away when we had eighteen people for that first Bible study. Over the year, we met every Tuesday after school. I wrote a ten week Bible study about the fruit of the Spirit. We used that for the first few months of classes. After we finished that, we began to have topical Bible studies covering topics the students wanted to cover such as God’s love, God’s mercy, why bad things happen to good people, etc.

Every Tuesday I fed the kids with pizza or chicken fingers, etc. An average attendance at this Bible study was sixteen to eighteen students. We peaked at twenty-eight kids at one point. The response from the school and community was very positive. At one point, I didn’t have to check in with the front office anymore because they knew me so well. I am known as the Bible study guy.

When the school year ended, and Haley was set to graduate, we passed the mantle to Sydney Upperman. Sydney has taken the Bible club and is running with it. We started the Bible study up again this past year and have seen similar results. We stopped bringing in food every week because that was very expensive, but we still bring in something once a month. This year we have seen average attendance around twelve to fourteen with a peak of twenty-three. 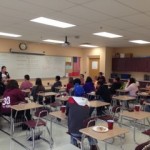 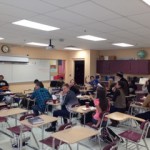 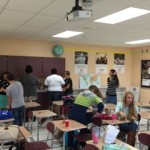 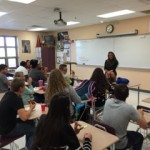 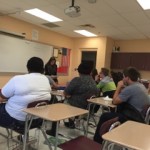 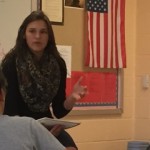 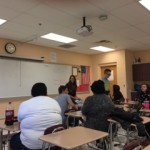 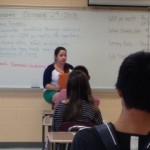 We began this year with the Jesus Bible study and have gone to covering topics the students want to learn about. This is a student-led ministry; I’m simply there to answer questions the kids cannot answer or to teach on some more of the “sensitive” subjects like water baptism in the name of Jesus and salvation. I attempt to attend every Bible study. Most of the classes are taught by the student leader or one of the other students who attend our church and the school.

Recently in our youth week, instead of playing laser tag or renting a gym, we took our youth group to Tent City in Columbus. Tent City is a community of homeless people, and we were blessed to bless them with necessities such as deodorant, soap, shaving cream, etc. Project 7 has completely transformed our youth group, and I am looking forward to what God has planned for us in the future with P7 Bible studies. 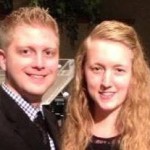 David Taynor and his wife Andrea serve the students at TurnPoint Church in Groveport, Ohio. Joe Arata is their pastor.