Posted by: Editors Choice in Inspirational on October 28th

Many of the holidays we celebrate come to us historically as a mixture of secular and spiritual. There can be no debate that many of the common aspects of celebration of Christmas and Easter have roots in paganism. Easter eggs and Christmas trees certainly do not stem from the biblical events the days commemorate, and so each God-fearing pastor and saint must—under the leadership of God’s Spirit—decide just what honors Christ in his or her life.

But the overall celebration in both Christmas and Easter is still in honor of virtuous events—the birth and the resurrection of Christ. But Halloween introduces to us a unique circumstance. Halloween certainly has its roots in a blend of Christian and pagan traditions, but the challenge with participating in much of what our culture does on this date is that it is primarily a celebration of evil. Of darkness. Of wickedness. Of ungodliness. How is a child of God to approach this season? What is a balanced response?

The exact pagan roots of Halloween are disputed from one historian to another, but some points are generally accepted as fact. The earliest roots of what we know as Halloween go back to pre-medieval Europe to a group of people known as the Celts or the Celtics, whose priests were called Druids. The Druids did not believe in Satan per se, as they were not Christians, but they did believe in gods (300 of them), giants, monsters, witches, spirits, elves, fairies, and sprites, all of which were considered dangerous!

The Celts lived in what is now Ireland, England, and France, and divided their year into halves: the “light half” (spring and summer) and the “dark half” (autumn and winter). They believed that borders or turning points were powerful things. Thus they worshiped where a wooded area met a meadow and where the sea touched the shore. And they had two significant feasts where the seasons met. One when the light half started called Beltane on May 1, and the other when the dark half started called Samhain (Sah-ween) on November 1. The latter was the biggest and most significant holiday in the Celtic year.

All the hearth fires in Ireland were extinguished during this feast (symbolizing the dark half) then relit from a central fire of the Druids at Tlachtga symbolizing hope for the light half. They offered crops and animals on this bonfire, and there is some suggestion that they may have offered human sacrifices. Thus the name “bonfire,” from “bone fire.” “During this interval the normal order of the universe is suspended, the barriers between the natural and the supernatural are temporarily removed, the sidh (shee) lies open, and all divine beings and the spirits of the dead move freely among men and interfere sometimes violently, in their affairs.” (Celtic Mythology, p. 127) It was thought that divination could occur readily at such times. Bobbing for apples was the way to determine who would marry first the coming yea. It was like our custom of catching the bridal bouquet.

But Halloween has Christian roots as well, albeit Catholic ones. On May 13, 609, Pope Boniface IV reconstructed the Pantheon in Room and renamed it “Church of St. Mary and the Martyrs.” He established that date as an annual day of celebration to remember all the Christian martyrs. Pope Gregory III later changed the date or remembrance to November 1 when he dedicated a chapel in St. Peter’s basilica to “all saints.” So November 1 became “All Saints Day” otherwise known as “All Hallows Day,” and the night before became “All Hallows Eve.”

It was a local celebration in Rome, but Pope Gregory the IV extended its observance to all of Christendom in the ninth century AD. As Christianity spread into the Celtic region, the Christian holiday and secular one merged. Over time the secular has remained and very little of the sacred has survived.

Actually much of what is done in the United States for Halloween is the result of potatoes! In 1845-1851, millions of Irish emigrants poured into America because of the potato famine when Ireland’s population declined by 25%! They brought with them several of the practices which had become traditional to them.

Jack-o-lanterns? These started out as turnips since pumpkins did not exist in Europe and were discovered here! The history is cloudy to say the least, but some suggest they were placed to scare away evil spirits. Others say that the Druids stole young ladies for sacrifice and left the jack-o-lanterns with candles made from human fat as a warning.

How about costumes and the practice of Trick-or-Treat? Some historians say spirits of the dead rose during the Druid celebration and returned to their homes. They were bribed off with gifts of fruits and nuts. For safety, people dressed like them to blend in with this evil hoard. Others trace it to a European custom of “souling.” Beggars would go from village to village begging for “soul cakes” made out of pieces of bread and fruit. If one would give them “soul cakes,” they would pray for the giver’s dead relatives. In Britain and Ireland this night became known as “Mischief Night” when people could play pranks without fear of being punished. All this morphed into “Trick or treat” as we know it.

Everything we do should honor Christ. So what is a balanced scriptural response to all this? While much of it is evil, not everything that occurs in society is evil. But there is much evil in the world. Satan is real. Witchcraft and the occult are real. I’ve read that Halloween is a time of active witchcraft, and though I can’t verify that fact, the child of God should not want to be even casually associated with evil! We are in this world but not of it, and we are therefore admonished by Paul: “And be not conformed to this world: but be ye transformed by the renewing of your mind” (Romans 12:2).

So when it comes to this “holiday,” let’s be sure we are not conformed to an evil celebration. The child of God should not be highlighting, celebrating, elevating, etc. anything evil and dark. Black cats, spooky music, caskets, etc. should not be the focus of this season. Is placing a pumpkin on one’s porch a sin? I think not. Is attempting to create a frightening, ghoulish countenance on one God honoring? I equally think not. Is it evil to put on a costume? No, but it is evil to put on an evil costume! There is simply no justification for our youth dressing up as ghosts, goblins, monsters, devils, etc. Blood, gore, and an effort to be as frightening as possible are not appropriate for His children in my opinion. The new trend is toward lewd and suggestive costumes which are without question absolutely wrong for God’s children.

The simple fact is there are other options. A cowboy. A princess. A school teacher. An astronaut. A Bible character. These to me are completely acceptable costume alternatives for those whose conscience allows them to participate at all. Some churches and pastors use substitute events like fall harvest parties, Bible character dress-up dinners, trunk-or-treat events on church parking lots. Gone are the days when it was safe to simply canvas a neighborhood for candy as children unsupervised. Personally I chose not to have my family participate in the whole trick-or-treat custom simply because of the association. I didn’t want my young children seeing all manner of monsters and ghouls. Further we generally attempt to be away from our house on that night so as to avoid the whole problem at our front door. 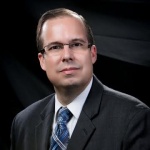 Scott Graham has been involved in fulltime ministry for the last thirty years. He has served in a variety of leadership positions in the local church and in the United Pentecostal Church International, including president of the General Youth Division. Presently he and his wife, Michelle, lead The Sanctuary in Hazelwood, MO while also serving as the Missouri district superintendent.