Posted by: Editors Choice in Inspirational on January 22nd

Anyone and everyone who attended North American Youth Congress 2015 can tell you it was a game changer. There was an unprecedented move of God that affected everyone in some way, shape, or form, whether directly or indirectly.

Our generation has been preached to and prophesied over. It has been confirmed in the Spirit that we are much bigger and stronger than we could ever think when we follow God. There is no doubt in anyone’s mind about that.

But the question I’m sure is going through a lot of our minds is still out there—what now?

It’s only been a few months, and it already seems like the world around us is falling apart. Christians are being persecuted left and right, schools are being terrorized, and the world is spiraling even deeper in immorality. Trying to live right in a world full of unrighteousness can feel hopeless at times, especially when no one seems to want to hear the Word we’re trying to offer them.

If this world is going down in flames, then what is the point? What hope can we possibly have in these circumstances?

There is no place better to find answers than in the Bible. In Exodus 7:3-5, we see God speaking to Moses about what He will do to free Israel, and He says, “And I will harden Pharaoh’s heart, and multiply my signs and my wonders in the land of Egypt. But Pharaoh will not heed you, so that I may lay my hand on Egypt and bring my armies and my people, the children of Israel, out of the land of Egypt by great judgments. And the Egyptians shall know that I am the Lord, when I stretch out my hand on Egypt and bring out the children of Israel from among them” (NKJV, emphasis added).

God said He would harden Pharaoh’s heart, and that this would be the reason Pharaoh would not listen. Why would God do this? So that His glory would be shown. See, because of Pharaoh’s hardened heart, God was able to show off His powers so He could get the glory and all the Egyptians would know that He is the Lord. And truly, this did happen.

Throughout Exodus 7-12, every time Moses and Aaron went to Pharaoh in order to free the children of Israel, Pharaoh’s heart would be hardened, and God would bring a plague on Egypt. By the end of the tenth and final plague, all of Egypt saw—through His signs and wonders—that He was and still is the one true God.

God used a seemingly hopeless situation in the Old Testament in order to show the world that He is God, and it is no different in today’s world. Everything seems like it is falling to pieces, but don’t worry. God knows what He’s doing!

Even if we don’t see it now, God will show His glory through the judgments of this world, and everyone will know that He is our Lord. So don’t be discouraged! If you are witnessing to someone who doesn’t want to listen to you, don’t give up on them! God sees that situation, and He will get the glory from it.

There is nothing stopping us from being ambassadors of God but us. No matter what we go through and how desperate the circumstances are, God is always in control, and if He is for us, who can be against us? Ultimately, it is not about us. It’s His battle, and He will get the glory. 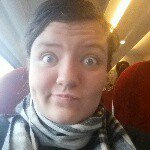 Kristina Krause is a high school student in Florida and a member of the First Pentecostal Church of Palm Bay. She writes in hopes to inspire others and to learn more about herself and God.