See You at the Pole

Posted by: Editors Choice in Inspirational on September 21st

Wilma Rudolph was born in St. Bethlehem, Tennessee as the twentieth child of twenty-two children. She grew up in poverty and had a terrible encounter with sickness as a child. By age twelve, she experienced double pneumonia, polio, scarlet fever, measles, and chickenpox. Through the many sicknesses she experienced a crippled leg that caused her to wear braces. The doctors told her she would probably never walk again, but her mother constantly told her she would!

Four years later, Wilma Rudolph won a bronze medal at the 1956 Olympics while she was still in high school. She was the youngest member of the Olympic team. At the 1960 Olympics in Rome, she won three gold medals, becoming the first American woman to do so. In the process, she broke three world records.

Wilma went on to tell of her sickness-riddled childhood that nearly forever left her crippled. And she told of the voice of the doctors telling her she would never walk again and how she overcame. She firmly believes the only reason she could overcome the crippling disease was because she chose to listen to the voice of her mother who constantly told her, “You are going to walk again. You are going to walk again.”

At your school, there are many students whose story resembles Wilma’s. Through life’s situations they have become crippled. It may not necessarily be with a physical ailment on the outside, but spiritually and emotionally they feel crippled. They will constantly hear voices that attempt to convince them they will always be victims of their past, however YOU must use YOUR voice to be the voice of Jesus that offers them hope.

On Wednesday, September 26 you will have the opportunity for your voice to be heard. See You at the Pole (SYATP) will be taking place at campuses across the world. Millions of students will gather around the flag pole at their school at 7 a.m. to lift their voices in unified prayer on behalf of their school.

See You at the Pole offers a wonderful opportunity for you to participate and publicly spend time praying along with many other students from your school. When you join other students to pray, there may be a Wilma Rudolph present, and your voice through your prayer may be the life-giving force they need to experience. Your prayers are powerful!

When Paul and Silas were imprisoned in Acts 16 for doing the right thing, they chose to face their situation by using their voices! “And at midnight Paul and Silas prayed, and sang praises unto God: and the prisoners heard them” (Acts 16:25). Here are three specifics in this verse:

1. Time — And at midnight
2. Action— Paul and Silas prayed
3. Results — The prisoners heard them

In the very next verse, we see the effect of their prayers. “And suddenly there was a great earthquake, so that the foundations of the prison were shaken: and immediately all the doors were opened, and every one’s bands were loosed” (Acts 16:26). They prayed and others’ bands were loosed!

As you gather at See You at the Pole, this very thing can happen. Here are three specifics at SYATP.

Only God knows what will happen when you use your voice as a pathway of prayer. Take advantage of See You at the Pole on Wednesday, September 26th at 7 am. Let your voice be heard! 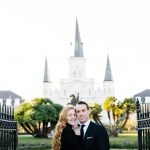 Drew Galloway is the student pastor of Ellipsis Student Ministries (ESM) in Bogalusa, Louisiana at Bogalusa First Church. In March of 2016 he married his wonderful wife Summer. Together they love serving ESM and their local church. They also serve as Louisiana District youth secretary. They love to travel to new cities, explore unique restaurants, discover new coffee shops, and they LOVE Christmas.

Broken, Drew Galloway, See You at the Pole, SYATP