Posted by: admin in Inspirational on July 14th

Picture this. You wake up from a nap to find yourself caught in the middle of a crazy storm while you’re out at sea. Gigantic waves are crashing alongside the boat you’re in, and chaos is running rampant among your fellow sailors. Soon, your mates decide to throw you overboard into the water where a giant fish is waiting for you with its mouth wide open! Sounds terrifying, right? Well, that’s exactly what Jonah experienced after he bought his one-way ticket to Tarshish—his mind set on getting as far as he could get from God.

In Jonah 1:1, God told Jonah to take a trip over to Nineveh and warn the people that God would destroy their city in forty days if they didn’t change their sinful ways. But there was a problem. Jonah wasn’t too friendly with the Ninevites. The evil things the Ninevites had done caused bitterness to rise up in Jonah’s heart. Instead of heeding to God’s commands, Jonah went down to Joppa and eventually found himself on a boat to Tarshish.

Like we pictured earlier, a storm came and shook the boat, causing the sailors to get nervous. They eventually figured out that Jonah was the reason for the storm, so they reluctantly threw him to the sea. When they did, the waters immediately calmed. A fish swallowed him up, and during his three-day stay in its belly, Jonah asked God for forgiveness. He was eventually released onto dry land, and he went on to spread the gospel to the Ninevites.

Nowadays, we hear the story of Jonah and we’re like: “Wow! Jonah made a pretty dumb mistake. How could he possibly think he could just get up and run from God?” But we’ve failed to realize that many of us Christians are still running from God today.

The Bible tells us the word of the Lord came unto Jonah. Have you ever received a word from the Lord? Maybe it’s a conviction you’ve recently been feeling or a burden God’s placed on your heart. Either way, when God speaks to us, He expects us to respond in total surrender and obedience.

In John 14:15, God says, “If ye love me, keep my commandments.” When we purposefully resist or ignore what God has spoken into our lives, we are running from God and not acting in love. We don’t have to be physically running away to be unyielding to what He has in store for us.

Still thinking that running from your calling is the best solution? Consider the second part of Jonah’s tale. Although God forgave Jonah for trying to chicken out of the plan, He still had to teach Jonah a lesson by allowing him to get swallowed by that fish. In Hebrews 12:6, the Bible declares that the Lord disciplines those whom He accepts as His children. The giant fish swallowing up Jonah is a prime example of how God sends consequences to His children when He needs to get us back on track. I don’t know about you, but I’d take following God’s commands over being fish food any day!

What would’ve happened to Jonah if God didn’t send the storm or the fish? He probably would have reached Tarshish, never to begin the work he was supposed to complete in Nineveh. Could you imagine how lame THAT story would have been?
“God told a man named Jonah to preach to the people of Nineveh. Jonah didn’t want to, so he ran away.” The end.

Being a follower of Christ has its share of struggles and hardships. The idea of witnessing to your friends, starting a Christian club at school, or standing up in front of others to speak could send shivers down your spine, but the eternal benefits are definitely worth it all! Instead of running from God when things get tough, pray and ask God to help you overcome whatever trials you are facing on your journey. If you ever find yourself falling out of God’s will, ask Him to forgive you and help you get back on track. He always will.

Jonah reached the entire city of Nineveh with God’s message and helped win hundreds of souls to God. If the same God who was with Jonah back then is still with us today, imagine how much you could do for the Kingdom if you answer your calling! 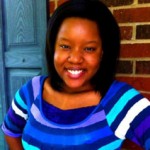 My name is Danielle Coke, and I am a high school junior in Georgia. I attend DeKalb United Pentecostal Church where Rev. Myron Wideman is my pastor. I love music, spending time with family and friends, and having fun!