Obedient to the Call

Posted by: Editors Choice in Inspirational on December 27th

One of the greatest feelings in the world is knowing God has placed a calling on your life. Just to think that this omnipresent, omnipotent, great big God would call someone so little and insignificant like me to do a work for him is unfathomable! Growing up, I didn’t think my life would amount to much. But when I got in church at the age of twelve, I distinctly remember this overwhelming feeling that this God who was changing my life was also changing my future. I can safely say ten years later that the feeling I felt has more than since been validated, and I have been called by God.

The calling God has placed on my life was re-confirmed while I was at Gateway College. It happened on a weekend just for women where Dr. David Norris’s book “Cara’s Call” was brought to life by a play. A woman, who was called to preach, was facing extreme opposition when trying to answer the call on her life. At the altar call that day, I felt so overwhelmed and burdened with the very same calling. I remember weeping that day uncontrollably because I knew this was the Lord talking to me and because I felt unworthy of such a calling because of the mistakes I’d made. I didn’t see it possible for God to still use me.

It’s been about three years since that weekend, and I still find myself struggling with this call. Since then, I’ve gotten married and moved back home to Minnesota where my husband is the youth pastor at the church where I grew up. I am currently a student in Purpose Institute, hoping to graduate in two years and obtain my local license. I desire so deeply to move deeper into this calling. Although I know I have been called, it doesn’t mean it’s an easy road to travel. I face daily struggles and battles as I move forward. Some battles are with the devil and how he tries to tell me that I have made too many mistakes and God can’t use someone like me anymore. Some battles are because I feel stretched so much already; time doesn’t allow me to really focus on this calling. Therefore, it’s on the back burner. Then, some of the biggest battles I face are the ones that rage like a war inside of me. I am beginning to realize my biggest stumbling block isn’t the devil, but my biggest stumbling block is essentially me.

Despite the struggles, I remember a saying we have all heard numerous times: “God doesn’t call the qualified, He qualifies the called.” Even though I’ve got struggles and doubts, God is preparing me for this calling. Every trial, every mountaintop, and every in-between, God is molding me and shaping me into the person He knows I can be. I can’t help but think of the story of Esther and how God’s calling caused her to step outside of her comfort zone—out of her own plans—in order to fulfill the calling He placed on her life. Despite the overwhelming insecurities she felt and the fear that consumed her, she was obedient to the Lord, and her people were saved.

If it were true then, it must be true now. God will call us to do things we don’t think we are capable of doing. He will take us to places we never could have gone on our own and use us in situations that will drastically affect the world around us. The key to this is not having to have it all together, but that in the midst of changes and growth, you remain obedient to the Lords voice and calling. We must constantly remember God knows exactly what He is doing, and He’s called you because He knows what you are capable of. By remaining obedient, you are letting God know, despite doubts and shortcomings, our faith and trust is in a perfect God who has our best interest in mind.

“For I know the plans I have for you,” declares the Lord, “plans to prosper you and not to harm you, plans to give you hope and a future” (Jeremiah 29:11, NIV). 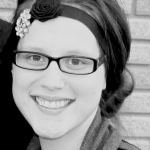 I am currently on a new adventure as a youth pastor’s wife in Bloomington, Minnesota. I feel a strong pull towards speaking and writing about the new things God is constantly revealing to me. I also hope to publish my first book one day!