Posted by: Sarah Hudspeth in Inspirational on November 9th

Here she comes with those big adoring, puppy-dog eyes. “Daddy, do you know how much I love you? I love you more than anything in the world!” says the young girl as she stretches her arms around her father’s broad shoulders.

“Well, thank you, darling. I love you too.” Her father gently replies. As his tone begins to shift, he firmly asks, “Now what do you want, dear?” She smiles and begins unrolling a never-ending list of wants.

It’s that scenario of the spoiled child who lavishes affection in order to get what she wants. It’s love with ulterior motives; adoration with a hidden agenda. This scenario has been played out in many different forms and functions, but the root of it all comes down to a misguided focus.

I’m sure some of us have even been on the father’s side of this scenario before. Not many people enjoy feeling manipulated or used. If we aren’t careful, we may be in the same position as the little girl, but with our heavenly Father. We might pour out our praise to God in an effort to persuade Him to do what we want. Don’t get me wrong—He hears our petitions and cares about our cares, but I pray we always have the right motives in seeking Him. He’s more than a genie in a bottle to grant our desires; He is the only living God who died to be our savior.

When we come seeking relationship with God with certain strings attached, we hinder ourselves from being moved and molded by Him. We virtually tie His hands to our wants. Then when His will takes place, we find ourselves feeling dejected and discouraged because we’ve been praying “amiss” as mentioned in James 4:3. Isn’t it a given that He already knows best? Why wouldn’t we align ourselves with Him and trust His will? Why would we sell ourselves short of a life-fulfilling relationship with the One and only almighty, living God of all existence?

How amazing is this opportunity? Seriously. Think about it. The God who formed the entire globe and all the galaxies with only His words wants to be in relationship with you. If that’s not enough to convince you, I don’t know what is. He raises the dead, and I can barely get myself out of bed some mornings. Yet, He wants my attention and affection, unbridled and unrestrained.

When we go to God with ulterior motives to just get what God can do for us, we showcase our selfishness and limit the authenticity of our devotion and relationship. Let’s be mindful not to use relationship with Him as a means of getting position, leadership, or to be used in some capacity.

I Peter 5:6 tells us that if we humble ourselves before God, He will exalt us in due time. Proverbs 18:16 also tells us a man’s gift will make room for him and bring him before great men. It is not our job to seek high places. We are to be humble before God and man and let God lead us where He sees fit. We may never know where He truly wants us to be if we are so consumed with where we want to be. The key to hearing His voice is walking close beside Him every day.

Let us not find ourselves living the easy life until it’s time to lead, then kick it in gear and get serious about a walk with God. Galations 6:7 warns us, “Be not deceived; God is not mocked: for whatsoever a man soweth, that shall he also reap.” Along with this, II Corinthians 9:6 provides more detail when it reads, “…He which soweth sparingly shall reap also sparingly; and he which soweth bountifully shall reap also bountifully.” The life of prayer and Bible reading on occasion may work—albeit only for a short time—but God wants and deserves a daily walk with each of us. He wants us to seek relationship with Him for the sake of relationship only. If we aren’t sowing and working on our walk with Him, we aren’t going to magically reap closeness with our Father.

Our God is a miraculous, all-powerful God, but He is not a God of our emergencies only. Please don’t get this wrong. I believe and know that a relationship with God has so many rewards and benefits, but it won’t always be easy. Faithfulness is not as much of a radical thing as most people have made it out to be. In case you forgot, that’s all Adam and Eve did before the fall into sin. Arguably, relationship with God is what man was made for. The presence of sin in the world makes it harder, but it is no more complicated than it was in the beginning. Let us not neglect the simple truths of walking with God.

Matthew 16:24 Then Jesus told his disciples, “If anyone would come after me, let him deny himself and take up his cross and follow me.” 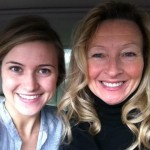 Sarah is the Hyphen contributor for InsideOut. She hails from South Carolina and attends Urshan College in Florissant, Missouri. You can find her on Facebook and Twitter.