Posted by: Shenae Huba in Inspirational on December 20th

I’ve played the role of Mary, the mother of Jesus, many times in Christmas programs and plays. Every girl wants that role around the holidays because you get to be the star of the show! Mary is usually depicted as a pretty young lady—engaged to a sweet and handsome young man—who gets the honor of mothering the Savior of the world! She gets to stand in the middle of the stage holding a cute little baby doll and smile as shepherds kneel and angels sing. But in real life, her story was a little less glamorous, but it’s still so inspiring. It’s a tale of sacrifice but one to which many young people who feel a call of God on their life can relate.

Answering the call of God entailed a great deal of risk for Mary. During biblical times, there were harsh repercussions if you were considered impure or unfaithful to your spouse. For Mary to become pregnant before she was married would mean she would be judged, shunned by friends and family, and potentially lose her espoused. Perhaps people would even try to condemn her to death. These were all thoughts that may have raced through her mind when the angel gave her the news. Yet even with everything she had to lose, her answer was yes.

The time came when Mary could no longer keep her secret a secret. She told her family she was with child. She told her friends. She heard the snickers and whispers as she walked through her village, “Can you believe she’s blaming her pregnancy on God?” Some even laughed in her face as they scoffed her story of a virgin birth.

Joseph, her fiancée, almost ended their relationship until an angel appeared and confirmed Mary was telling the truth. God protected her, yet one can’t help but wonder what kind of life Mary lived the rest of her years. Was she always known as the lady who was delusional in her claims? Even with the risk of a poor reputation for the rest of her life, Mary accepted the call. Not everyone understood it, but her answer was still, “Be it unto me according to Thy word.”

Sometimes God will place a call on our lives that will demand great sacrifice. Not everyone will believe in it. Not everyone will understand it. It may mean certain individuals will turn their backs on us, and the calling may even mark us the rest of our lives. But what if Mary had said no? She would not be the one we celebrate today. Her name would have no connection with Emmanuel’s. She probably would have saved a few relationships and her reputation but would have had no role in raising the One who came to save the world.

You may be weighing the options in your mind right now. Do I answer the call of God on my life and risk losing a few friends? Do I surrender my social status in school and at work to leave the crew and lay down my dreams at an altar? Consider your answer carefully. It’s a choice that could put you in or out of a master plan that is so much bigger than you. 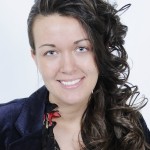 Shenae is a frequent contributor to InsideOut and serves as editor of apostolicgirl.com. She is from Tallahassee, Florida, where her dad is her pastor. You can find her on Facebook and Twitter.