I Am a Church Planter

Posted by: Editors Choice in Inspirational on December 4th

Most kids at the age of eleven are out playing at the park and focusing on normal eleven year old affairs, but my story was a little different. I spent a lot of my time passing out tracts with my father, sometimes even ministering to those under the influence of alcohol. Those were often the only people who would really listen to us when we reached out. Sometimes it was because we gave them food along with the tracts. This was just the beginning of many experiences I had growing up.

I want my testimony to encourage anyone who may feel the call of God on their life, letting you know that age is not a factor when it comes to winning souls to Christ. You can sow into the Kingdom at any age. God knows who you are and what He has called you to do for His kingdom. It’s all about seeking His will for your life through prayer, being bold, and stepping out in faith. Just do what He has called you to do!

I’m getting ahead of myself. My name is Julian Tabares, and I am a church planter. I believe the children, as well as the pastor’s wife, have a big role in planting the church with the pastor. When we began the work in Langley Park, Maryland, it was not the best area to start a church. It was not the nicest area in town and probably not a place where you would want to let your kids play outside alone. Even though it was not the best area of town, my parents felt a strong call of God to start a church there. We had our first service in 2010. After much prayer, fasting, and outreach, we were excited to have had four people in that service: my father, my mother, my younger brother, and me! That was our congregation for the next four months because not a single person showed up.

Let me tell you that was very frustrating for me as an eleven year old boy. I would come to church and set up the piano, the electric drum set, the mics, and the projector for those four months without anyone showing up. I felt very discouraged at times, but my father always told me no one promised it was going to be easy. We just had to keep the faith and do what God had called us to do.

Every Sunday morning my father and I would go on outreach, and my mother and little brother would stay at the community center we were renting to pray. My father and I passed out fliers and talked to people about getting their lives transformed. A lot of people rejected us and wouldn’t take what we were giving out. But we had such a strong drive to hand them out to everyone we saw that we wouldn’t let the rejection discourage us.

When the first family came to our service, we had revival. A lot of people don’t understand that some people ask how many we had this weekend. When we say thirty, they don’t know that those thirty people have not come easy. God called us to be us, not to be someone out there.

The church began to grow, and God has been moving in a mighty way ever since! There are too many testimonies for me to tell them all in this article. But the thing I want you guys to get from all of this is to be bold in your calling, stay faithful, and do what God has called you to do. It is also very important to get some good men and women of God in your life to submit to—leaders who can pray for you and speak over your life.

God has used me and taken me places I could have never imagined. I play piano, and I played at NAYC13 with good friends of mine, The McKains. I play a lot in district events, and I serve as music director at my local church. Recently, I just received my local minister’s license.

Stay faithful to God—He will elevate you far beyond what you could ever imagine. 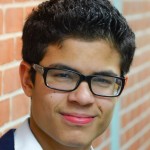 Julian Tabares is currently seventeen years old and music director at his father’s church in Maryland. He is madly in love with God and seeking nothing else but God’s will for his life.

North American Missions is funded by Christmas for Christ. You can give to bless North American missionaries and MKs. Click to give online