Posted by: admin in Current Events on August 24th

Just like that. In the blink of an eye, plans, hopes, and lives change. Our youth group—the LINK—and various other members of The Pentecostal Church traveled to Aurora, Colorado to help Rev. Robbie Mitchell and his team plant a church. With special handouts ready, block parties scheduled, and community evangelism routes mapped out, we were ready to introduce Aurora to Jesus Christ via the Mitchells and Vertical Church. And just like that…things change. The early morning hours of July 20, 2012 prove as much.

When we heard the sirens pass by the hotel, we brushed it off. After all, we were staying near a major highway where sirens are not a foreign sound. But these kept blaring. The news came from Twitter of a shooting less than three miles from our hotel. We saw the helicopters flying just outside our windows. As we passed the news along from person to person and room to room, the tone of the trip shifted. No longer were we there for block parties and introductions. We were there to minister, comfort, and share the love of Jesus to a hurting, devastated community. A little over thirteen years later—and less than twenty miles away from where the Columbine High School shootings took place—God placed our group in Aurora, in the midst of yet another tragedy, for such a time as this.

The following night, united in purpose, members of The Pentecostal Church and Vertical Church visited the area around the theater. It is impossible to prepare for what we saw. Crime scene tape, police cars, news media vans, and family and friends of the victims covered the street. Empty cars in the parking lot of the theater, some never to be reclaimed, represented the victims of a crime that took place less than twenty four hours earlier. The community mourned. They needed something. Vigils of candles, flowers, cards, posters, flags, and other tributes lined the streets. We hugged, cried with, prayed for, and held the hands of members of a community trying to find peace in the midst of tragedy.

Vertical Church sponsored a community blessing the Saturday after the shootings, and many in the Aurora community attended. The service aimed to introduce the community to the church and minister through prayer, Scripture, and song. Many who came to the service had friends or family at the theater during the shootings. Ty Frazier came to ask for prayer for his friend who was shot and had just come through surgery. Other family members of victims attended, and all were impacted by the presence of God. Even Colorado Senate Majority Leader, Morgan Carroll, attended the service and spoke to the crowd with tear-filled eyes. Our youth pastor, Jason Huckaby; evangelism pastor, Tim Milligan; and the head of the ministerial association at The Pentecostal Church, Clay Jackson spoke of the peace of God that passes all understanding in difficult times like those the Aurora community experienced.

While nobody would wish an event like this into existence, many in our group felt it a privilege that God trusted us enough to minister to a hurting community during that time. Whether it was praying with others at the crime scene, holding hands, listening to and crying with victims’ family and friends, or the church services we had on Saturday and Sunday, the city of Aurora felt the love of Jesus and found a place of hope and salvation. One man we prayed with on the street lost a friend at Columbine and another in the theater shooting. After we prayed together, he said, “I know where to go when I need something from God.” We prayed with another lady whose son lost his best friend in the shooting. After prayer, she told us she had peace enough to drive home.

Our group went to help plant a church and impact a city for the name of Jesus. We had our own ideas as to how that would take place. God had others. Being open to His will allowed Vertical Church and The Pentecostal Church to be featured in the Washington Post, MSNBC.com, and various other news outlets, but most importantly, to minister to the brokenhearted. Upon our arrival in Memphis, two local news stations, as well as the city’s leading newspaper, the Memphis Commercial Appeal, interviewed ministers from our church about the events in Aurora and our church’s role in helping. God used the tragedy to minister to both cities. Our stories were also featured nationally.

We went to have revival with one church in Colorado. We came home with a story that impacted two major cities and was featured nationally. We went to impact a city and came home with our lives impacted. We lived up close and personal through history. Only God knows the number of souls that will be saved in Aurora, Memphis, and America because of the role Vertical Church and The Pentecostal Church played—through God’s grace and direction—in Colorado. When God is involved, revival will happen. 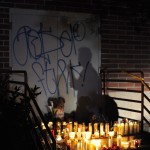 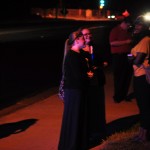 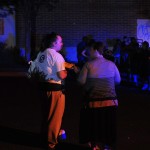 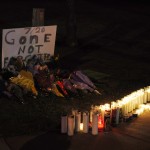 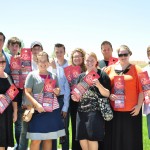 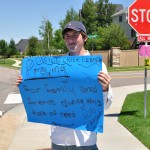 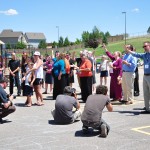 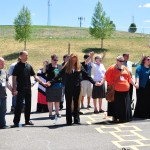 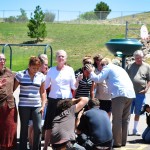 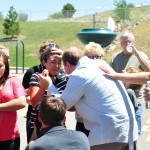 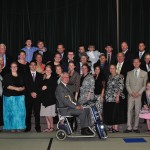 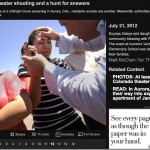 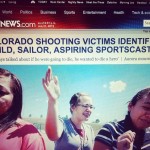 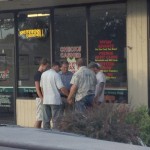 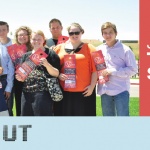 Brandon Black is a member of The Pentecostal Church in Memphis, Tennessee where he serves on the youth staff under the leadership of Pastor Terry Black. He is currently a doctoral student of History at The University of Memphis.