Posted by: admin in AYC on August 24th

The tram pulled into the stop at Bel-Aire Station in Geneva, Switzerland, and passengers began to step off the tram, pushing their way through the crowd of people waiting to get on. The doors beeped, declaring to all that the time had come to press on. People scurried to make it on in time, sitting in chairs and holding onto safety bars, and their heads jerked back slightly as the tram took off.

Slowly, as if in a dream, a chorus of voices began to blend in perfect harmony as some of the passengers sang softly. “I believe You’re my healer. I believe You are all I need.” The sound grew louder and spread throughout the tram as more and more passengers chimed in.

“I believe You’re my portion. I believe You’re more than enough for me.” Certain passengers looked around in wonder with questioning looks and surprised eyes. The singing continued and grew into a mighty praise that filled the entire tram. The presence of God surrounded each soul as over seventy young people began to worship their Savior. These young people had come together from all across North America with one goal—sow the seed of God’s love and salvation.

I am one of those young people. On July 6, we gathered together, excited and unsure of what was to come. After a ten-hour flight, we finally landed in Geneva and immediately took a bus to Liechtenstein where we ministered at the church. The drive gave us a view of some of the most incredible scenery I have ever seen. The mountains looked like something straight out of a fairy tale, and the colors were so vivid and beautiful.

Heading back into Switzerland, we continued on to the city of Lausanne where we were able to be part of launching the Spanish church. We spent the day handing out flyers in the streets and singing songs on the street corners, letting people know about our outdoor concert and church service to be held in the city’s main square.

As the concert started, the presence of God covered the square. People stopped and watched for many different reasons, but one man came with a need. Afflicted with persistent back pain, he stepped into the square and was immediately healed. Tears ran down his face as he began to explain to those standing by that he was free of pain. He got on his knees, lifted his hands, and prayed with some of the young people on the side of the street. God most definitely moved in a mighty way at that evangelism concert.

We then continued on to Geneva where we spent the next several days evangelizing in the streets with the missionaries, Brother and Sister Mitch Sayers. We sang throughout the city, handed out flyers, and invited people to our services at the Hotel Warwick.

Before we even got to Geneva, there was a woman who had been seeking God, needing answers in her life. She determined to go on a three-week fast. Walking through the street one day, a young lady handed her one of our flyers. She knew this was the answer to her prayers and came to our services. God moved in her life, and she was filled with the Holy Ghost.

Her story is just one of many who experienced the awesome power of God. It wasn’t until the trip was almost over that I realized the significance of our work in that city. Our mission in this country wasn’t to help the poor or build houses for the homeless because poverty isn’t as prevalent in Switzerland as it is in other countries. Our mission was to sow the seed. Once this realization sank in, it changed my life. We were the start of a great revival in Switzerland and Liechtenstein. It wasn’t by our own power or what we had accomplished, but what we were willing to do for the kingdom of God.

In between our evangelizing, we had the best time of fellowship and fun. God blessed us with the coolest chaperones on the planet! The European culture was quite an adventure to be a part of, and the Swiss chocolate was to die for.

We were all sad to leave on July 16. Our common goal had brought us together in a special way, and I never dreamed I would get as close to my fellow AYCers as I did! I guess it’s just inevitable when God is involved. His will is so much higher than ours, and He never ceases to go beyond what we expect.

Do you want to make a difference? Just be willing. It’s as simple as that! YOU go. 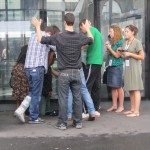 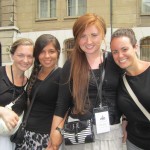 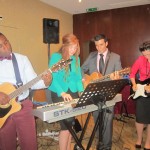 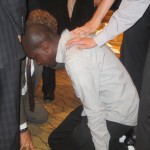 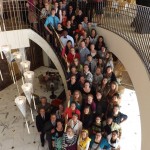 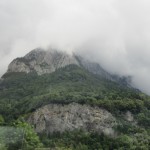 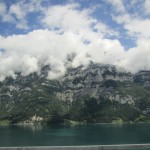 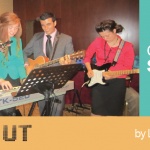