A Miracle for a Girl from Maryland: My AYC Story

Posted by: Editors Choice in AYC on September 15th

Excitement and anticipation surged through my mind as I boarded my flight from Washington D.C. to Miami, where I would meet the rest of the AYC Costa Rica group. I left home with what I thought was great expectation for the miraculous to occur. I came for a new experience, new friendships (I hoped), and powerful services. As I look back on that day, I realize just how little I actually expected from God. He intended it to be so much more.

I applied back in October, but ever since the age of ten, I felt a burden for missions. The opportunity finally opened for me to apply to go on my first AYC trip during the summer of 2018. I felt peace when I applied, and then it hit. Attack after attack came into my mind and my personal walk with God. For close to a year leading up to my trip to Costa Rica, I faced some of the hardest struggles I had yet to face. I wondered why I was feeling this way. I was so insecure in how I looked and who I was because of the feeling of rejection that had overtaken me. I became so oppressed and found myself constantly comparing everything I did to those around me, hoping I would find my value and worth in how they saw me. I never truly felt victorious over these attacks of the enemy.

I decided on this trip that I would completely forget about everything I had been going through and leave it at home. I considered it baggage that needed to stay at the airport in Washington D.C. I didn’t want to be reminded of the failure I saw myself as back at home and hoped I would get eleven days of forgetting all those insecurities and struggles during this trip. 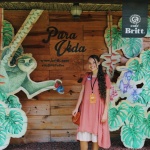 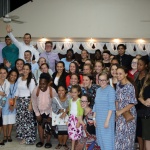 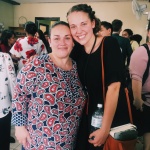 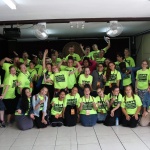 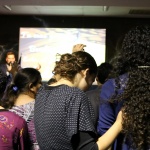 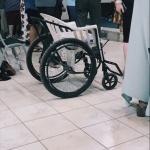 The very first night, God moved at the end of orientation and an impromptu prayer meeting broke out. From that moment, my eyes were open to the reality that God not only wanted to work on the people of Costa Rica on this trip, but He also had a plan to work on me. We attended a total of seven services in Costa Rica, and in every single service, God showed up.

We experienced passionate and powerful worship services where God delivered people from oppression and many other spirits. I was able to witness the beauty of those people falling to their faces and weeping as the Spirit of God filled them. Many were refilled with the Holy Ghost and seven souls were filled, with the evidence of speaking in other tongues for the very first time. God ministered through the AYCers to the people of Costa Rica. I witnessed Apostolic anointing and authority pouring out of every individual on our trip.

The group had been singing the song “Waymaker” one evening in service when a young woman was wheeled up to the altar. She had cerebral palsy and had never walked before in her life. A group of us prayed in the name of Jesus over her body, believing with faith in the healing power of God. Missionary Luke Campbell, the missionary to Costa Rica, joined us in prayer and grabbed her hand. An AYCer grabbed her other hand, and I watched as that woman in the wheelchair stood up and began to walk back and forth in the altar. God had poured out His healing virtue upon her, and I watched it with my very own eyes.

In every single service, we prayed for people. After we ministered to others, God always spoke to each of us. Matthew 6:33 reads, “But seek ye first the kingdom of God, and his righteousness; and all these things shall be added unto you.” The things we worry about. The situations I’m dealing with. All the things I am going to have to face back at home. He will take care of those things when we put His kingdom first. In every service, I made it a point to go pray with somebody in the altar. In doing so, He spoke exactly to my situations. One of our chaperones, Emilie Hussey, taught a devotion on our worth and how it is valued by God. That was a word I needed so desperately to hear, and that night God freed me of that struggle.

My AYC trip showed me that God not only heal a lame woman in Costa Rica; He can also heal the insecurities and wounds of a seventeen year-old girl from Maryland. 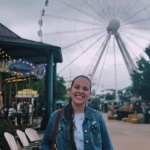 My name is Camryn Cheyenne Staten, I am seventeen years old, and live in Hollywood Maryland. I am FINALLY starting my senior year of high school while taking classes with TBC Excell at my church this fall. I plan on attending Texas Bible College in Lufkin next fall, and I couldn’t be more excited!