Posted by: Editors Choice in AYC on July 21st 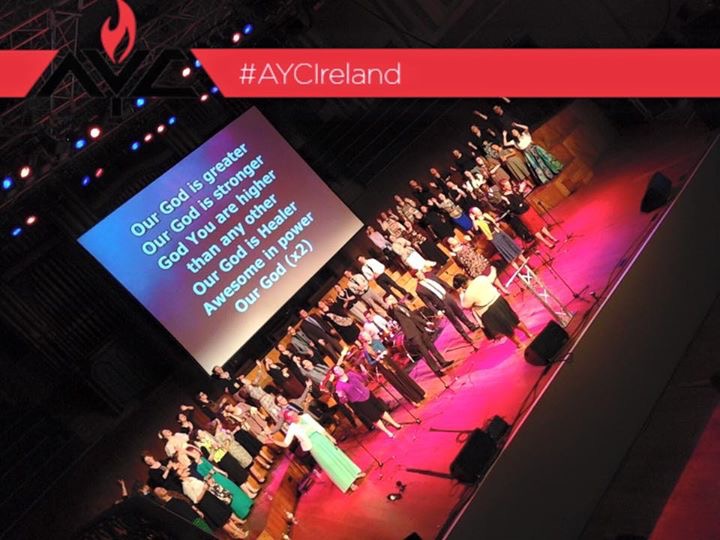 Ireland
AYC Ireland kicked off our travel season with ninety-nine participants—our largest team ever. The team was able to tour Dublin and the beautiful Irish coast. They ministered in four churches their first Sunday where three were filled with the Holy Ghost for the first time! AYC students were also able to be a part of the Belfast Conference with Rev. Cunningham. Team members took part in prayer walks, outreach, and singing in preparation for the conference. During the second night, thirty people were filled with the Holy Ghost. A great revival is taking place in Ireland! 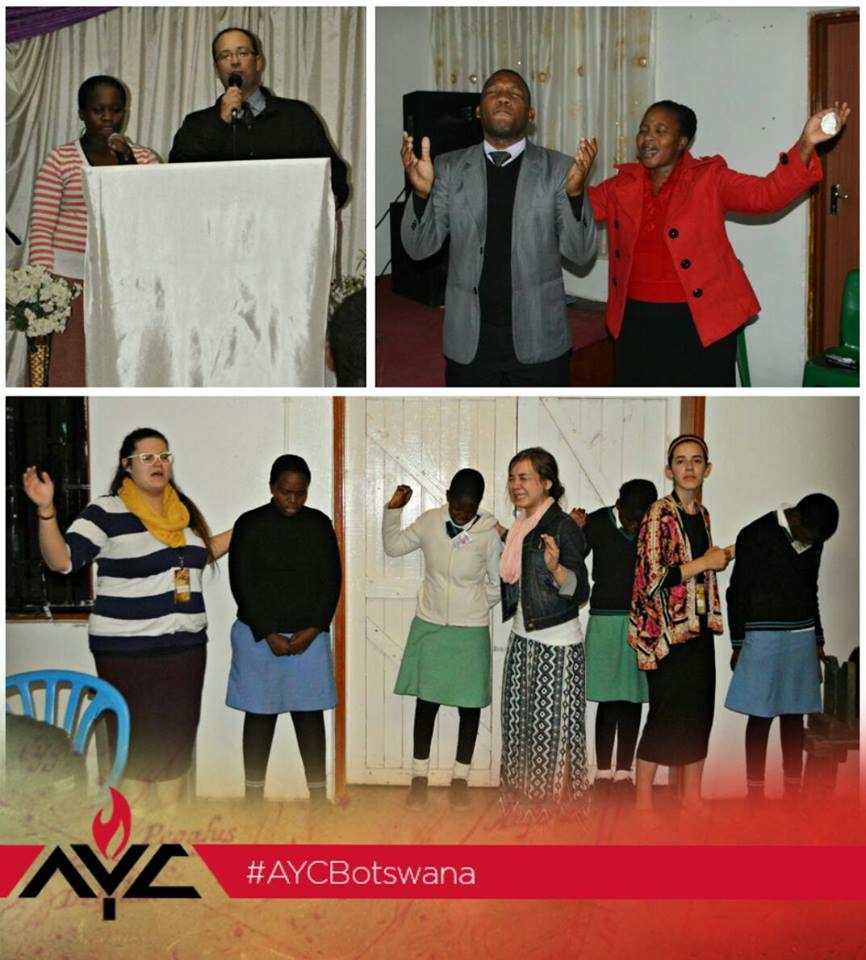 Botswana
Team members were introduced to the exotic on an African Safari and trip to South Africa’s Lion Park. In preparation for the services, the team led a prayer walk and distributed invitations. They also enjoyed a time of fellowship and focused prayer with the local pastor, Pastor Wastick. The atmosphere of every service was charged with electrifying worship. Nine people were filled with the Holy Ghost including three children who received the Holy Ghost during Sunday school led by an AYC team. Another Sunday school group had over seventy children in attendance. The team left Botswana inspired and challenged to continue stretching their comfort zones to accomplish the work of God. 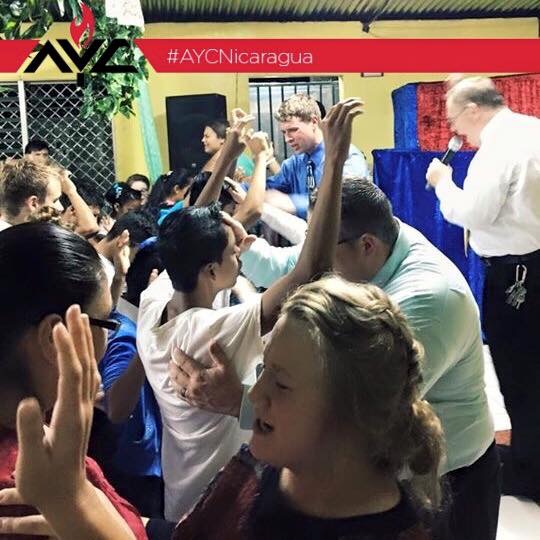 Nicaragua
AYC Nicaragua hit the ground running with a tour of Managua and door-to-door evangelism. Their efforts showed immediate results as fourteen people were filled with the Holy Ghost in the first two services. The team went for a high-flying ride on a zip line through the forests of Nicaragua and hiked up Volcano Mombacho. In an effort to serve, the team helped to paint one of the local church buildings, participated in a puppet ministry, and invited many to attend the services. They also joined with the local youth in a dynamic worship service and in a time of fellowship and recreation afterwards. The team experienced powerful times of prayer, travail, and worship, and a total of sixty-six people received the baptism of the Holy Ghost! 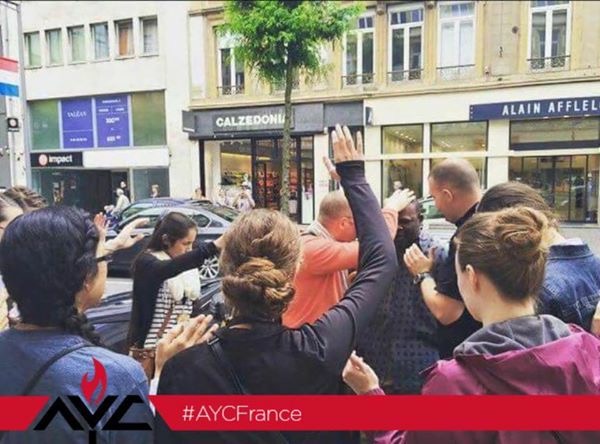 France
AYCers experienced the beautiful sights of Paris upon their arrival in France. Time at the Eiffel Tower and a cruise on the Seine River showed off the City of Lights. After a warm welcome and two powerful services with the Nowackis, AYC France had the opportunity to minister through song in a McDonalds—you never know where God will open doors on an AYC trip! The team toured villages, elegant chateaus, and the hallowed grounds of Normandy. Our team members also had the opportunity to travel to Luxembourg where the Favors have planted a church. The team prayed and divided into groups to distribute church information cards. They made several immediate connections including a taxi driver who shared with the team his desire for revival in Luxembourg. The Favors reported many more people contacted them for information as a result of the team’s efforts. AYC France was privileged to experience powerful services and team prayer meetings and watch God move mightily in France. 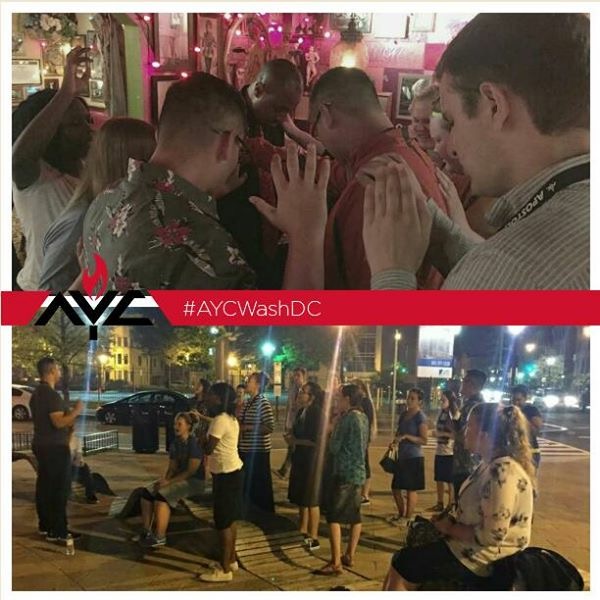 Washington, D.C.
In the heart of our nation’s capital city, AYC team members took to the streets to introduce people to the message of salvation and the power of God. Team members participated in several days of outreach and music ministry on the streets. The team blanketed the city in prayer while walking the streets, and they boldly ministered to and prayed with those they met. The team also enjoyed sightseeing at beautiful monuments and fellowship with the church’s home groups. Powerful services and newfound friendships left a lifelong impact on every member of the AYC team. 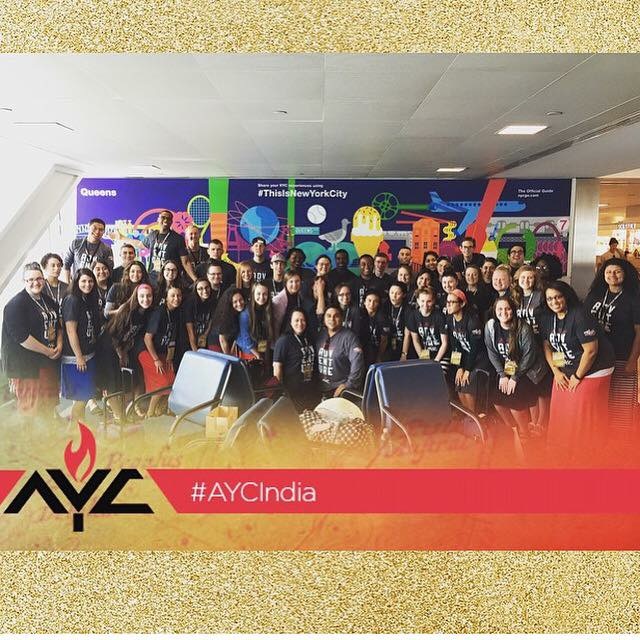 India
The power of God was evident from the first service of AYC India. Team members witnessed the miraculous power of God through healings and outpourings of the Holy Ghost. In total, 150 people were filled with Holy Ghost and fifty-one received a miraculous healing! The team also traveled to prominent places throughout Kolkata to pray and seek God for revival throughout India. God placed a burden in the life of each team member, and they did not leave India the same way they came. The Lord is moving mightily in India, and AYC was privileged to be a part of the work! 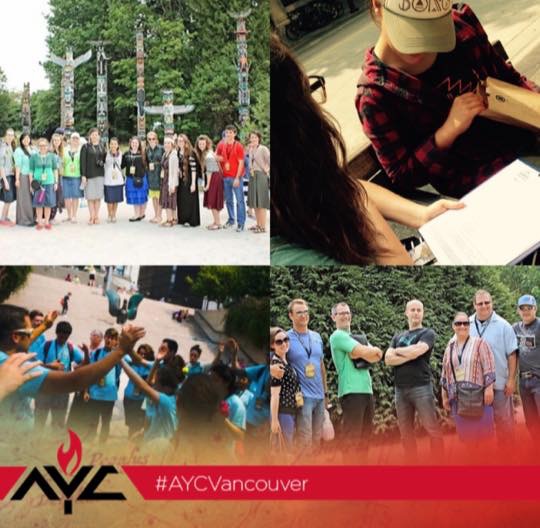 Vancouver
AYC Vancouver kicked off with a powerful prayer meeting among the AYC team. The team toured Stanley Park and downtown Vancouver as they began to feel burdened for the lost souls of the city. Over the course of ten days, team members participated in services where the Holy Ghost was poured out amid life-changing devotions. Team members taught Bible studies and conducted several outreach efforts including a community barbecue and ministering with song and food at a city homeless shelter. The AYC Vancouver team was challenged to go home and create a ripple effect in their hometowns. We’re believing God for a ripple effect in Vancouver and in the lives of each AYC team member. 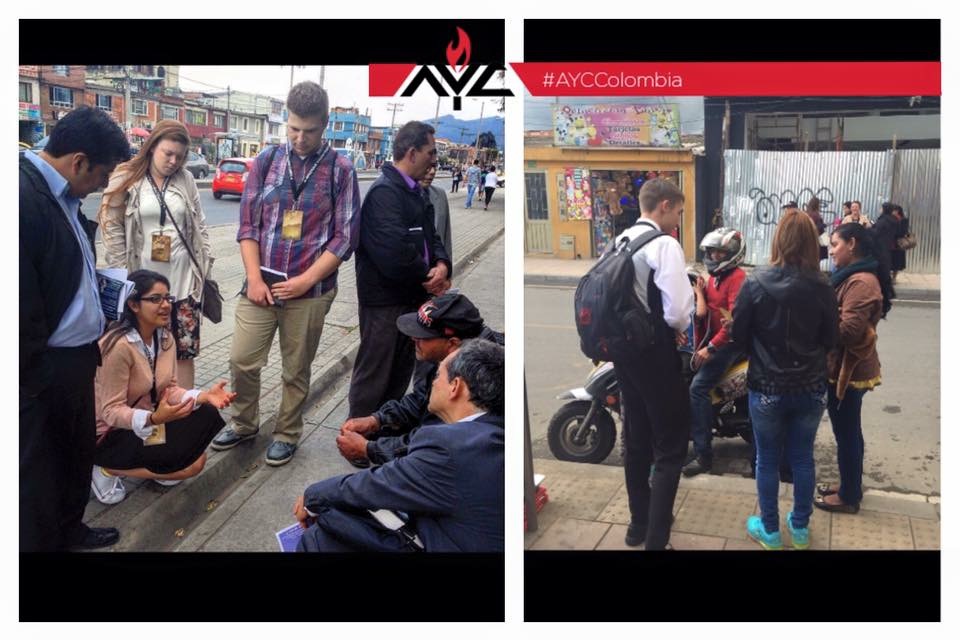 Colombia
AYC Colombia began recently with outreach and a powerful first service. Two AYCers testified, and two other AYCers translated for them. There truly is room for every ability on an AYC trip. The team spent time in outreach, ministering in song and the Word, and passing out tracts. There were several opportunities to share the plan of salvation and the redeeming message of Jesus with interested locals. The team spent time walking the streets in prayer and witnessing to any who would listen. Their efforts were not in vain; they experienced powerful services where both adults and children were baptized with the Holy Ghost!
Continue to pray for the AYC Colombia and AYC Japan teams as they complete their trips. Pray for God to move in a mighty way in these nations!

We are so thankful for the great things God is doing through AYC!

This article was written by Chaela Jean, with the help of the AYC class of 2015 AYCers.